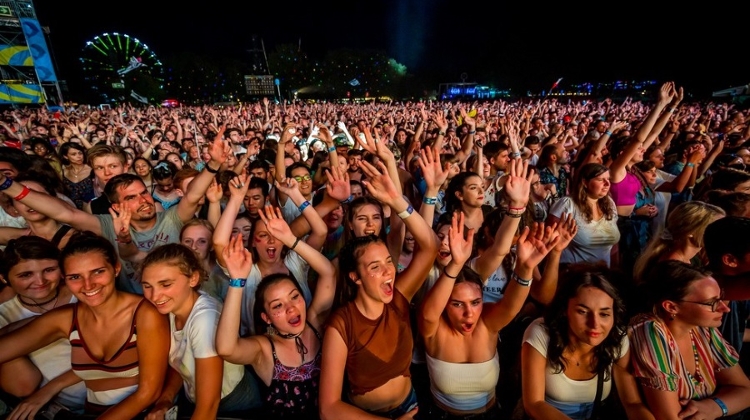 Concertgoers had to climb over bars and countertops surrounding the area as an audience of tens of thousands began to leave following Wednesday night’s Ed Sheeran show at the Sziget festival.

A short video obtained by Index shows bar staff helping people to escape the crush by climbing over the bar. Others fled through areas closed to the public.

Festivalgoers then had to wait in long lines to leave the Sziget grounds by the only exit.

Organisers stressed that no-one was injured in the confusion.

As organisers were aware days before, a capacity crowd of 95,000 people showed up on the opening day of the festival, of whom 60,000 attended the Sheeran concert.

Several people later complained about the scene on Facebook:

“I have never felt so close to death as tonight,” one concertgoer wrote. “We tried for about half an hour to get out of the pushing and shoving, aggressive crowd. Lots of people panicked; this was a blood-curdling experience. We escaped by climbing over a buffet. I can say without exaggeration that the whole scene was as if we had been in a disaster movie.”

Once away from the main stage area, people did not find it easy to leave the island.

As they looked to leave by the thousands, organisers allowed them to leave only in groups. Some people later complained of seemingly endless queues and of having to wait up to an hour before they could get out.

In a statement, the festival organisers said they had been aware for days that 95,000 people were expected and that those who turned up only for the Sheeran concert would leave simultaneously.

However, they said, this process was speeded up by a sudden short shower. Taking into account the load capacity of the bridge by which everyone enters and exits the festival, and the capacity of the neighbouring streets and public transport, they decided to control the progress of the crowd, in close collaboration with police and security plans, the statement said.

Everyone was able to leave the festival smoothly 90 minutes after the concert, the organizers added.