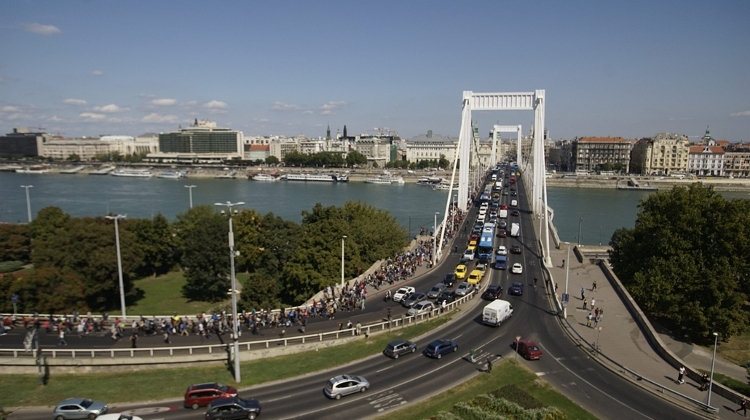 A left-wing commentator sides with a German TV docu-drama on the 2015 migrant crisis in Hungary against fierce criticism from a pro-government columnist.

ZDF German public television aired a documentary-feature on the anniversary of the day when thousands of asylum seekers left Budapest on foot to reach Western.

Hundreds of thousands had already reached Germany through Hungary since April that year, until the Austrian authorities asked the Hungarian police in mid-August 2015to prevent them from boarding the trains to Vienna. Thousands of them left stranded in front of Budapest’s Keleti Railway Station, as a result.

When at least a thousand migrants set off westwards on foot along the Budapest-Vienna motorway, PM Orbán asked Chancellor Merkel’s consent to ferry them to the Austrian border by buses.

Merkel then told Austrian Chancellor Werner Faymann she would take over at least some of the asylum seekers. Later, Chancellor Merkel said this was the event which compelled her to open the borders to asylum seekers and the docu-drama supports that claim.

The Hungarian Ambassador to Berlin protested against the film, claiming that it misrepresented Hungary’s role – as if the migration crisis originated in Budapest.

In Magyar Hírlap, Mariann Őry remarks that the film was found unserious even by opposition outlets. (hvg.hu wrote that the German docu-drama, which didn’t feature a single Hungarian witness or analyst, only proved that ’we are still far from having a clear picture of what happened in 2015’.)

She claims the authors intended to make Hungarian Prime Minister Viktor Orbán responsible for the catastrophic decisions taken by their own government during the migration crisis.

Népszava’s Róbert Friss, on the other hand, agrees with the authors of the film who represent PM Orbán ’as a dark shadow’ behind the events. The left-wing commentator believes the Hungarian Prime Minister consciously let thousands of migrants accumulate in Budapest to stir public opinion against them.

Europe has thus been caught in ’Orbán’s trap of lies’, Friss writes, and as a result, the continent ’is still torn between Orbán and Merkel’.