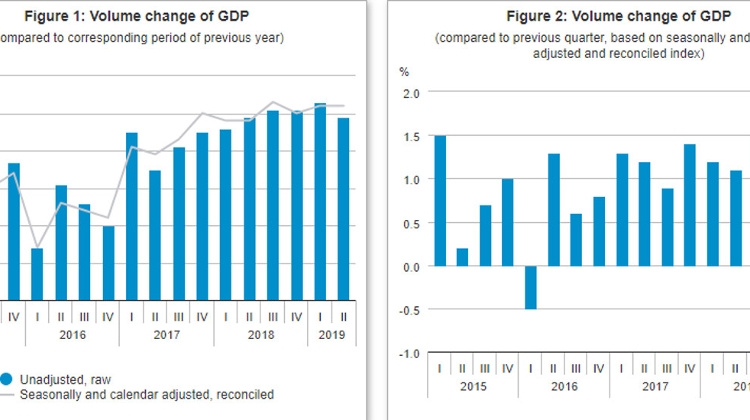 Hungary’s Fiscal Council, which gives opinions on budget matters, has said economic growth may exceed 4.1% assumed in the 2019 budget, supporting the fulfilment of budget targets.

Hungary’s economy grew by an annual 5.1% in the first half of the year.

The budget ran a 10 billion forint surplus in the first quarter and a 120 billion surplus in the second quarter, according to accrual-based accounting, the council noted, citing Central Statistical Office (KSH) and National Bank of Hungary (NBH) data.

According to cash flow-based accounting, the budget ran a 390 billion forint deficit at the end of the first half, hitting 39.1% of the full-year target, the council said.

Pre-financing for European Union funded projects produced a 364 billion forint gap between payouts and transfers from Brussels, it added.

The council said the accrual-based deficit is likely to be back-loaded, as in the previous three years, with most of the difference accumulating in the last quarter of the year, adding that the 1.8% deficit target, relative to GDP, is achievable nevertheless.