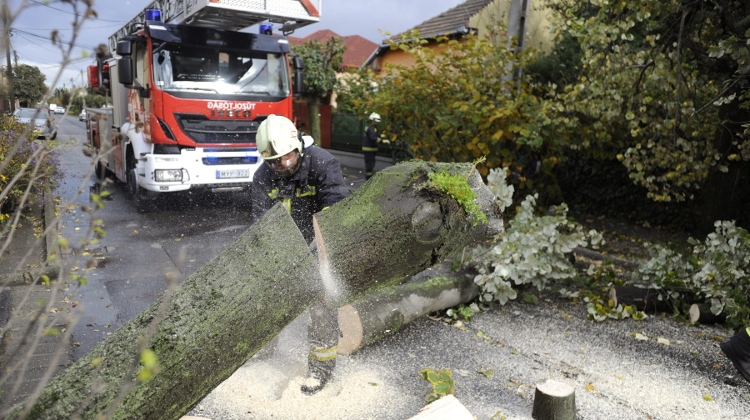 A huge storm hit Szeged on Monday afternoon, tearing the roof off a theatre and heavily damaging a university building.

Trams and trolleybuses were hindered by ripped overhead cables and trees fallen on tracks.

A lightning bolt struck a University of Szeged building, destroying part of the roof.

After the Nagy Színház lost its roof, rain drenched the stage and much of the interior of the building.

A tree fell on a man sitting on a bench on Széchenyi tér, who had to be rescued by fire-fighters with a chainsaw.

Several other people sitting on the bench, were also injured and had to be taken to hospital.

Szeged mayor László Botka issued a statement after the storm writing that he had personally inspected the areas hardest hit by, had spoken with the authorities taking charge of damage limitation, and had instructed city-owned companies to take part in extending aid and damage limitation.

Botka also said that he would assign Ft 200 million for restoring public buildings, public institutions and public transport in the city.