Syrian Charged In Hungary With Terrorism, Crimes Against Humanity 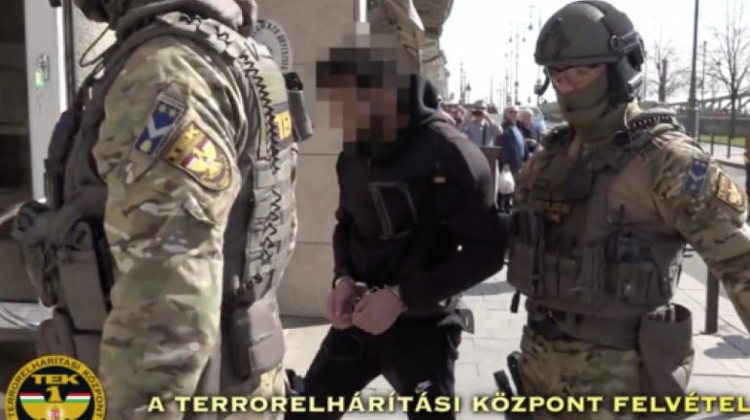 Hungarian prosecutors said they have charged a Syrian national alleged to have been a member of the Islamic State terrorist organisation with carrying out acts of terrorism and crimes against humanity.

The 27-yearold man, Hassan F., is alleged to have commanded an armed group of the Islamic State and was arrested in Hungary in March this year and now faces a sentence of life in prison, Tibor Ibolya of the municipal prosecutor’s office of investigation told MTI.

According to the indictment, the man was ordered to carry out multiple executions in his homeland in May 2015. Hassan F. is suspected of having ordered the occupation of Al-Sukhnah in the Syrian province of Homs and drawing up a “death list” of those who rejected Islamic State’s goals.

The executions included the public beheading of the local imam and killing at least 25 people including women and children in the town.

Hassan F. is also suspected of having personally participated in the execution of the imam and at least another two people. He also allegedly shot another person, Ibolya said.

The prosecutors questioned Hassan F. over 29 hours since his arrest in March, he said, adding that in the meantime ten other people including witnesses have also been questioned in Malta and Belgium.

An investigation with the involvement of Hungary’ counter terrorism force TEK was under way in several EU member states, including in Malta, Belgium and Greece, Ibolya said.

Cooperation among the countries’ law enforcement agencies has been coordinated by the Hungarian office of Eurojust, he said.