Update: Will Smith Returning To Budapest 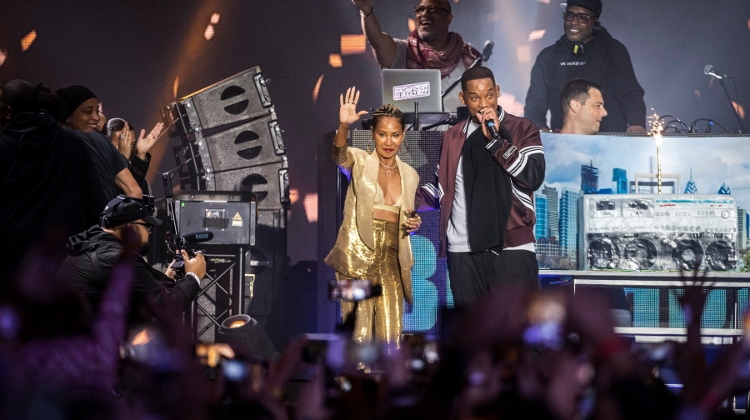 Breaking: Will Smith will perform with his friend DJ Jazzy Jeff near Budapest's Basilica on 25 September. More on this concert and for details of his return to Hungary below.

Attending to the concert requires preliminary registration. The registration is free of charges. The first 3000 people to register can get their passes at Akvarium Club's Conference Hall (1051 Budapest, Erzsébet tér 12.) on 25 September, 11 am - 9 pm. Please bring your ID to get your ticket.

Will Smith made an iconic visit last year when he spent quite some time in the Hungarian Capital with his family, while shooting Gemini Man along with Oscar winner director Ang Lee.

During this time, he took up Drake's #InMyFeelingsChallenge and climbed up the Széchenyi Chain Bridge in Budapest as shown in the video below.

He also appeared in the 2018 World Cup Anthem which was shot in Budapest with Nicky Jam, together with Albanian singer Era Istrefi.

Will Smith, Ang Lee, plus producers Jerry Bruckheimer and David Ellison, are due in Budapest again between 24-26 September to promote the soon to be released Gemini Man.

The movie is about an over-the-hill hitman who faces off against a younger clone of himself, it is scheduled to be released in October this year.