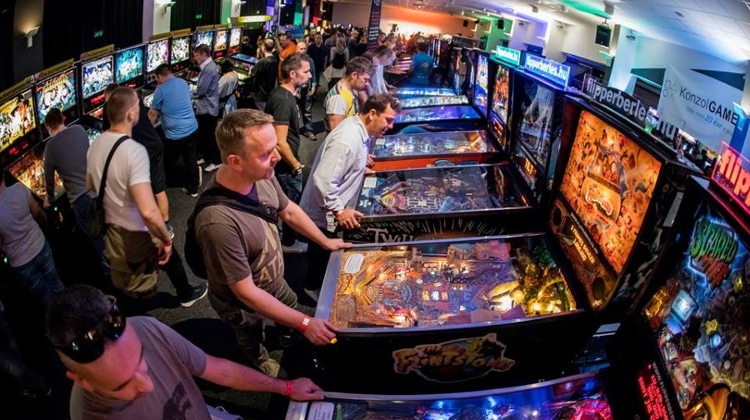 Budapest Pinball Museum organises its arcade game exhibition in Budapest, called Arcadia for the 4th time in a row this November.

Last year the event featured 300 pinballs, video cabinets and other arcade machines along with British fantasy writer legend Ian Livingstone and attracted 3000 visitors from Hungary and several other countries.

Arcadia, the biggest event of its kind in the region aims to create a unique weekend every year. The exhibition organised by the museum always takes place at an external venue, in order to showcase even more games, introducing the ones that brought magic into the 80’s and 90’s.

Apart from the plethora of machines, event themes have so far included movie classics' pinballs, the oldest and the biggest pinballs in the world, tournaments, fantasy literature and retro console games, to name but a few. This year’s Arcadia will deploy more than 300 machines, carefully selected from the golden age of the arcade and has also other surprises in store for the visitors.

Actor Adam Brown, who played in both The Hobbit and the Pirates of the Carribbean blocbuster movies, has also confirmed his attendance at Arcadia 2019. The show will exhibit both these movie themed pinball machines, too. Adam’s attendance will be preceded by a playful panel talk on Tolkien with serious experts, whereas the following day will be dominated by Mortal Kombat 2 tournaments - anyone can join.

Sunday will also bring competitions, this time on classic arcade cabinets such as Pac-Man and the like. Among the machines exhibited are a number of pinballs, video game cabinets, rifle games and other arcade gems, let alone a plethora of retro console games and Game Boys, as well.