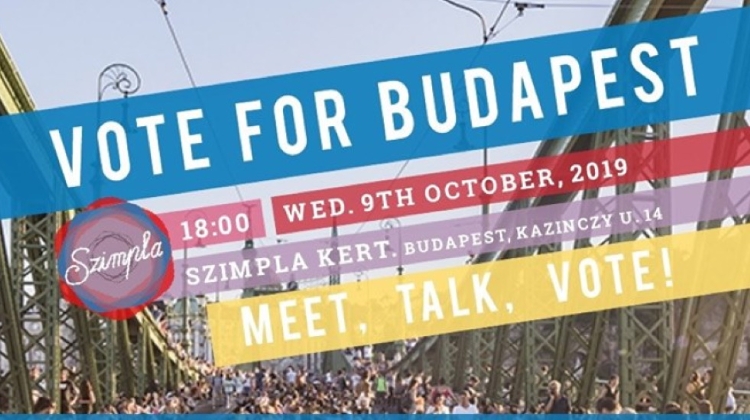 On October 9, Wednesday, Vote4Budapest, a group of people who live in and love Budapest are organizing an English language meet up at Szimpla for non-Hungarian residents of Budapest who are eligible to vote in the upcoming election.

Over 140,00 non-Hungarian residents of Hungary are legally allowed to vote in the upcoming municipal elections. In some Budapest districts, they represent almost ten percent of the population. Yet, few of these people know they are allowed to vote, and the political campaigns often dedicate little of their time and energy to these potential voters.

A group of Hungarians and non-Hungarian residents of the city have organized themselves to help inform and mobilize foreign voters in Budapest. Motivating their activity is a love for Budapest and a belief that democracy is a process that an entire community should take part in.

The National Election Office does not provide any information in English about the elections. The group started a social media campaign ( VOTE - Hungarian municipal elections 2019 ) to inform those who do not speak Hungarian that they have the right to vote and provide them with basic info about the ongoing campaign.

The group is organizing an event on Wednesday, October 9, at Szimpla, to give chance to foreign voters to gather, meet each other, talk about the issues they care about.

The evening will begin with a short presentation about the elections and different issues important for Budapest. The second half of the evening will be informal round-tables around topics such as Budapest housing, tourism and nightlife in the city, sustainability, inclusive communities, local agriculture and many others.

Candidates have also been invited to join and meet their international voters. 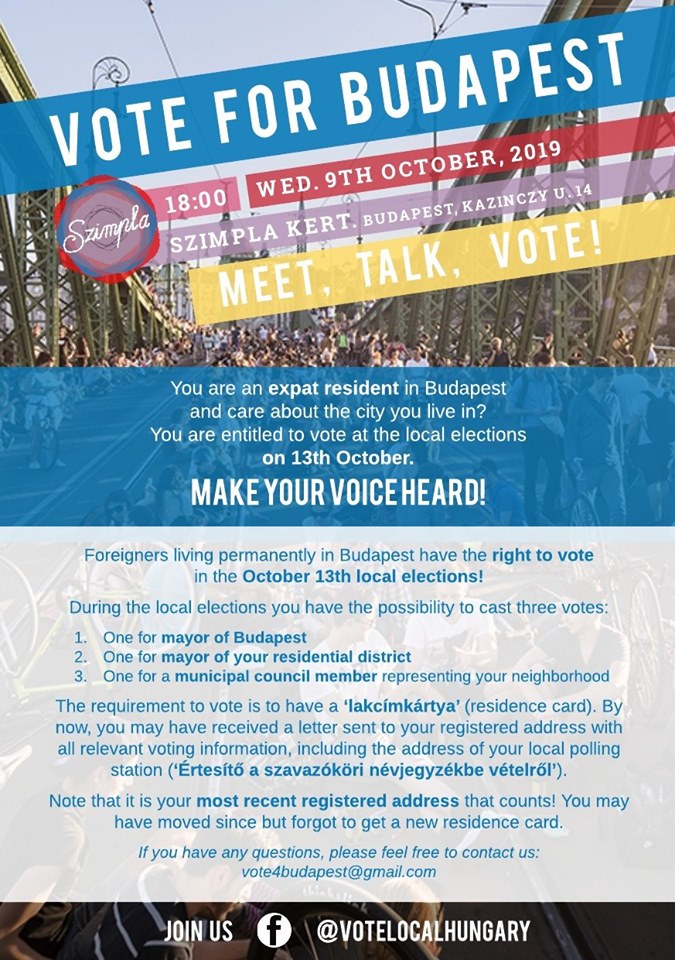