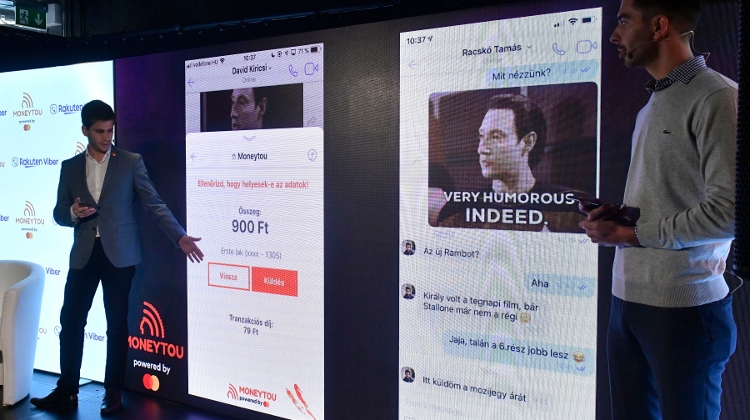 Viber is premiering its Moneytou function in Hungary, allowing users with Hungarian-issued bank cards to send money to other Viber users with a service based on Mastercard’s MoneySend technology.

Users are charged a flat fee of 79 forints per transfer and a 1.5% commission on transfers over 3,000 forints. The flat fee is reduced to 49 forints on Saturdays.