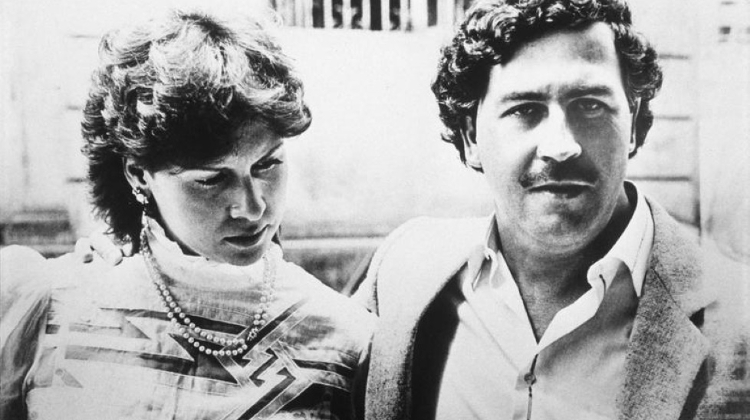 After 25 years of silence, the Colombian drug baron’s wife, Victoria Eugenia Henao (58), uncovered her marriage with Pablo Escobar (†44) in her own autobiography which bears the title Mrs Escobar: My life with Pablo.

In Hungary, the novel will be available from December. Furthermore, Mrs Escobar will also visit our country to sign her book in Budapest and Debrecen.

“I met Pablo for the first time when I was 12 and he was 23 years old. He was the first and only love of my life. I was raised in a male chauvinist culture which taught women to follow their husbands without question,” Tata recalled the beginnings as such; however, she soon had to face the dark side of the marriage.

Victoria – nicknamed Tata – got married to the 26-year-old drug lord at the age of 15. During their fifteen-year-long marriage, she experienced both heaven and hell but was faithfully standing by Escobar’s side until his death.

“I had to endure insults, humiliation, lies, loneliness, death threats, terrorist attacks, children abduction attempts, and even expatriation. And all this for love,” explained the woman, who confessed that she had never dared to prevent her husband’s crimes or leave him because she was afraid of becoming the next target of Escobar.

Besides living in constant fear, Tata could enjoy the role of being one of the richest women in the world for years, along with the entailing luxuries. Every day, fresh flowers were brought to her by a private aeroplane from Bogota, a European celebrity chef was cooking in his kitchen, while servants fulfilled all her wishes.

Tata continuously improved herself, for example, in arts. As an art collector, she became the owner of such great artists’ works as Picasso, Dalí, Botero, and Rodin. This life came to an end by Escobar’s attack against the Colombian government and later the rival Cali Cartel.

This was the beginning of a nine-year-long hiding period full of life-threatening situations that she had to survive as a mother taking care of her two children. In this war, Victoria lost her brother and numerous relatives. She always tried to encourage her husband to sign peace with his enemies and give himself up.

Finally, Escobar was murdered during a raid when he was talking on the phone with his son.

Thousands of people were murdered

Escobar – who grew up in a peasant family – built the world’s largest drug network, by which he had 80% of the world’s cocaine trade in his hands. Despite the fact that several people admired him in Colombia – 25,000 people were mourning at his funeral – the same amount lived in dread of him as he killed over 3,000 people who tried to obstruct him.

His fortune was estimated at $30 billion (HUF 8.9 thousand billion) at the time of his death.