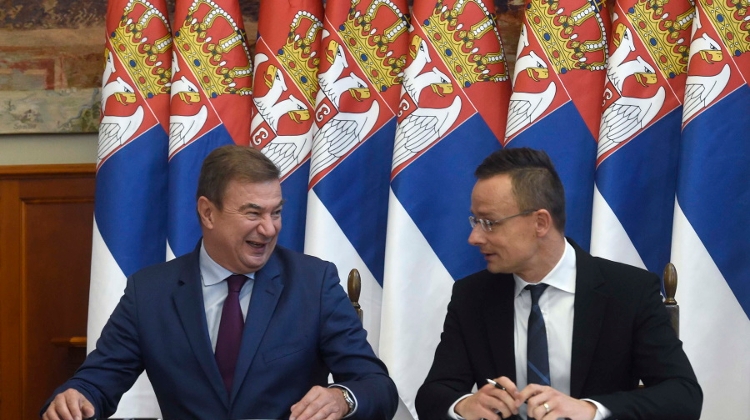 Hungarian-Serbian relations are at peak strength on the political, economic, trade and investment fronts, Péter Szijjártó, the foreign minister, told a press conference after a meeting of the Hungarian-Serbian mixed economic committee in Budapest.

Speaking about concrete projects, Szijjártó noted Hungarian oil and gas company Mol’s over 110 million euro investment in Serbia, and acquisition of a Vojvodina bank and the Serbian subsidiary of Société Générale by OTP, Hungary’s leading bank.

Hungary’s Eximbank has opened a 110 million euro credit line to finance bilateral business cooperation, 50 million of which has already been laid aside for the upgrade of the Szeged-Subotica railway line, he said.