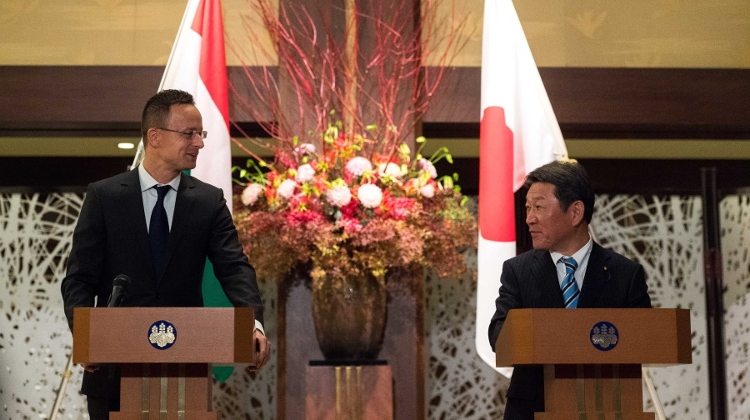 Hungarian-Japanese diplomatic ties are thriving more than at any time over their past 150 years, the foreign minister said in Tokyo after meeting his Japanese counterpart.

Relations with the world’s third largest economy in the areas of trade, politics, culture and education are better than ever, Péter Szijjártó told MTI by phone after talks with Toshimitsu Motegi.

Japanese companies have brought to Hungary advanced technologies, contributing to the country’s economic growth, he said. The 170 Japanese companies operating in Hungary employ 33,000 people, Szijjártó noted, highlighting their role in the automotive industry.

Their developments and investments have boosted Hungary’s long-term growth rate at least 2 percentage points above the European Union average.

Szijjártó noted that over 600 Japanese students study at Hungarian universities, about 400 of them in medicine. Hungary will open a cultural institute in Tokyo at the end of the year, he added.