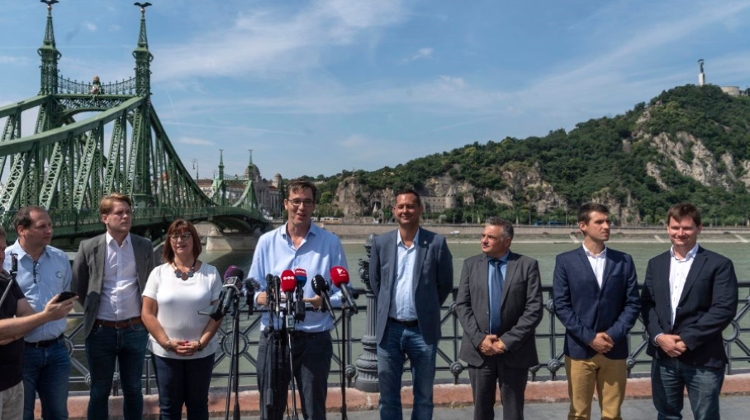 Weeklies wonder if the opposition parties who defeated Fidesz in almost half of the big cities, including the capital, will become its real challenger at the 2022 Parliamentary elections.

In his Hetek editorial, Máté Kulifay places opposition victories in 11 Hungarian cities in the context of a counter-offensive of left liberal forces on an international scale. 10 months ago, he writes, analysts were right to think that the year 2019 would be dominated by the right wing.

However, the disparate forces of the left, which are well embedded in the judiciary, NGOs and radical movements alike, he writes, launched a counter-offensive. In the United States, Democrats and what is described as the ‘Deep State’ are bracing themselves to take revenge on the Trump camp.

In Israel, Prime Minister Netanyahu is under fierce attack with the result of increasing instability, while in Italy, sovereignist leader Matteo Salvini is being placed in quarantine.

After Trump’s historic victory, the breakthrough of Brexit and the unshakeable two thirds majority of Prime Minister Orbán in Hungary are all things of the past, Kulifay writes. He predicts that exciting times are ahead both in Hungary and beyond.

In one of its two customary editorials, Magyar Narancs welcomes the decision taken by the new Budapest city council to halt the building of a series of museums in and around the city park with the exception of those where building is at an advanced stage.

The National Gallery must thus probably remain on Castle Hill, the editors write, and therefore the government’s plan to transform the hill from a cultural into an administrative district will be at least partly foiled.

In Demokrata, editor András Bencsik, on the other hand excoriates the new liberal mayor of the Castle District who announced her intention to remove the postgraduate school of the National Bank from its premises – a building the permits for which were scrapped by the court several months ago.

Bencsik remarks that the building has been renovated ’beautifully’ at the expense of the National Bank, but the neighbours who complained about the poor sound insulation of the outer walls launched a court case against it. The same building is supposed to host the postgraduate school of a Chinese university.

The same liberals, the pro-government pundit angrily remarks, who condemn the government’s procedure against the Central European University, have no problem this time.

In Mandiner, Tamás Pindroch suggests that the new majority within the Budapest city council has already shown that the Left has been unable to renew itself during the past nine years in opposition and that its cooperation with the formerly radical right-wing Jobbik party rests on shaky grounds.

The city of Budapest runs 13 public service companies and the left-wing parties have already stuffed boards and supervisory committees with their old officials and former members of successive left-wing cabinets, he writes.

A first open clash erupted between the left-wing parties and Jobbik as the latter opposed a plan to replace a statue of King Saint Stephen with a monument to Communist philosopher György Lukács.

In addition, mayors of 10 cities are being organised into an alliance by Szeged mayor Lászó Botka, whose move is interpreted by Pindroch as an initiative to form a centrist party which would lead the opposition alliance at the parliamentary elections in 2022.

There are already two rival candidates for that role, he remarks, namely Ferenc Gyurcsány with his Democratic Coalition and Momentum which is faring surprisingly well in Budapest but for the moment has no network in rural areas.

In 168 óra, András Pungor suggests that the newly elected city leaders who represent the various segments of the opposition have to prove their seriousness and competence in governance for the opposition to be successful in the parliamentary elections in 2 ½ years’ time.

Quoting the analysis of the Political Capital think tank, he writes that parliamentary elections are more complicated than the local ones, since almost half the seats are allotted according to votes cast for party lists, and it will be difficult for the opposition to agree on a joint list of candidates.

They could of course run on several lists, but the smaller parties risk not reaching the 5 per cent threshold and therefore lose the votes cast for them. They will thus probably favour a joint electoral list. Political Capital mentions the MSzP as one of those weaker parties.