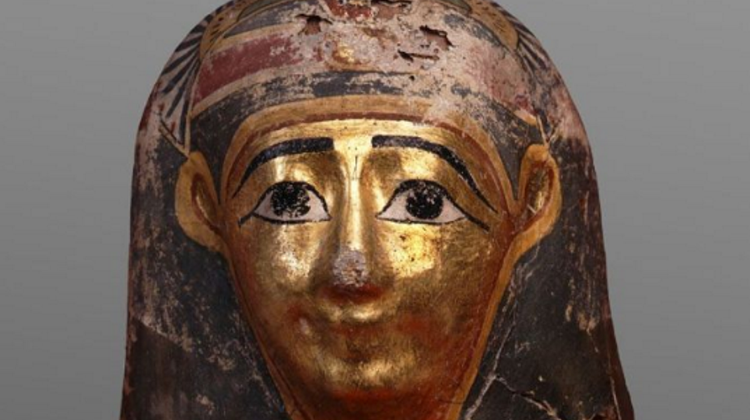 Permanent exhibition on the basement level at Budapest's Museum of Fine Arts. The earliest artefacts of the Egyptian art collection found their way to Hungary thanks to nineteenth-century globe-trotters, art collectors, and art dealers.

The idea to unite the ancient Egyptian artefacts preserved in several museums into one single collection emerged at the beginning of the twentieth century and was implemented in 1934, when the Egyptian collection of the Museum of Fine Arts was founded.

Apart from the Museum of Fine Arts, Egyptian artefacts can only be found in Hungary in the Déri Museum in Debrecen, in the Reformed Collections of Pápa, and in the Savaria Museum/Iseum Savariense in Szombathely.

Egyptian objects began to reach Hungary in greater numbers from the early nineteenth century onwards. Their owners were mainly aristocrats and diplomats as well as travellers who visited the Nile Valley during their pilgrimage to the Holy Land.

The early collectors acquired Egyptian artefacts from the European art market, received them as gifts when abroad, or purchased them as souvenirs during their trips to Egypt.

The most popular artefacts were human and animal mummies but statuettes, mainly made of bronze, and amulets frequently appeared too. Collectors in Hungary usually donated or sold their acquisitions to the National Museum.

The artefacts from the first Hungarian archaeological excavation in Egypt initially also entered the National Museum. The digs carried out in Sharuna and Gamhud in Central Egypt were initiated and financed by Fülöp Back, a businessman living in Cairo.

He donated the greater part of the finds discovered during the expedition of 1907, including seven wall fragments from a Ptolemaic temple and twenty-five coffins containing mummies, in the same year to the Hungarian state.

The Museum of Fine Arts’ Egyptian collection was augmented in 1976 with objects from the archaeological salvage campaign in Abdallah Nirqi in Nubia, carried out in 1964 and led by László Castiglione of the Hungarian Academy of Sciences.

Moreover, the finds that were brought to Hungary from the digs in Thebes in 1983 by Faculty of Egyptology of the Eötvös Loránd University are also preserved here.