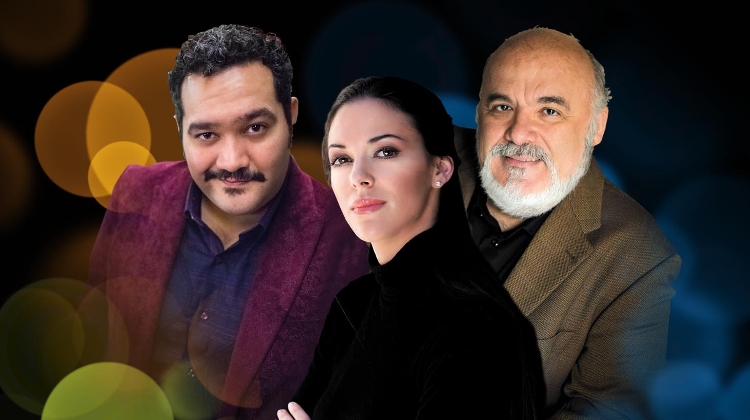 Following the huge success of last year’s opera gala, it appears opera will again be an integral part of Veszprémfest: one of the most popular operas, Giuseppe Verdi’s Rigoletto is showing on the second day of the festival.

The tragic opera still relevant today will be performed by the best international stars of the genre: the American René Barbera as the Duke of Mantua, the Italian Paolo Gavanelli as Rigoletto and the Czech Zuzana Marková as Gilda. Conductor: Ádám Medveczky, recipient of Kossuth and Liszt Ferenc Prizes, with the Hungarian State Opera Choir and Orchestra.

Even though Rigoletto is set in 16thcentury Mantua, its message is still relevant today. The libretto was based on Victor Hugo's Le roi s'amuse (The King Amuses Himself), 20 years after the play was published. Hugo’s play was rather controversial, and the French government banned it in line with the requests of conservative circles.

This was no surprise as the writer was outspoken about the crowned heads who would crush opposing opinions without mercy, and sacrifice the interests of the people to satisfy their own sinful desires.

Verdi’s friend and librettist Francesco Maria Piave received the manuscript of the play against this backdrop in around 1850, 20 years following the premiere. Realising that Hugo’s intentions and Verdi’s dramatic agenda were very similar, he quickly turned it into a libretto.

It didn’t get past the censor of course, and the opera was refused, but the Austrian authorities later allowed it to be performed. The permission to stage the opera came at a price, and several changes had to be made: the drama had to revolve around a regular civilian rather than the king, the love had to be legitimised by a church wedding, and instead of dying a violent death, Gilda had to pass away in a more peaceful manner.

Rigoletto premiered on 11 March 1851. In Hungary it was first shown on 18 December 1852 in the National Theatre. This is not the first time that people can see the opera in Veszprém. It was performed 14 years ago in 2005, becoming a big hit among the festival goers.

With the Hungarian State Opera Choir and Orchestra.