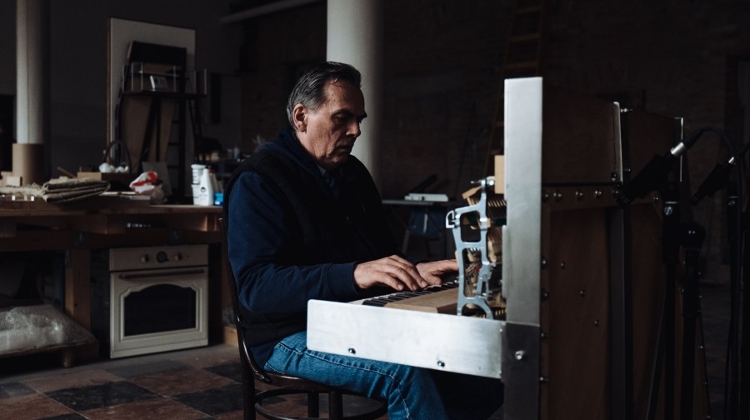 Ever since 2015, the 29th of March has been dedicated as Piano Day, a date set aside to celebrate the classic instrument, chosen because it falls on the 88th day of the year – the number of keys on a standard keyboard.

All over the world on this day, the piano will be placed in the limelight, with the events held in Hungary filling nearly all the spaces of Palace of Arts Budapest.

The initiative is the brainchild of modern classical composer and performer Nils Frahm, who is giving two sold-out concerts at Müpa Budapest this year, and world-renowned piano manufacturer David Klavins, who counts Frahm among his customers.

The two conceived of the day as an occasion to celebrate – in addition to the instrument itself – composers who write works for it, piano makers, tuners and movers, as well as piano aficionados.

One of the participants in the programmes – with the exception of the evening concert, all free of charge, although some require advance registration  – will be the Hungarian-based David Klavins himself, who will present his innovative instrument, the Una Corda, which visitors will be able to try out over the course of the day, when it is not being used in an official programme.

In the afternoon Gábor Gyöngyösi, a master of the Fender Rhodes electric piano, plays in various spots around the building, as will two Italian talents from the cutting edge of contemporary modern classical music: the prolific and versatile Luca Longobardi and the more puritanical Ed Carlsen, who plays in an ambient vein.

The evening concert features noted Hungarian representatives of the modern classical style, with vaghy and the iamyank Live Ensemble opening for Ukraine's Lubomyr Melnyk, in his first Hungarian appearance ever.

Melnyk is a legendary figure in post-minimalism and continuous music. Playing at a breath-taking tempo, Melnyk is considered by many to be a "prophet of the piano". This rare live performance is guaranteed to be the highlight of Piano Day 2019.

Admission to many of the concerts is free of charge.