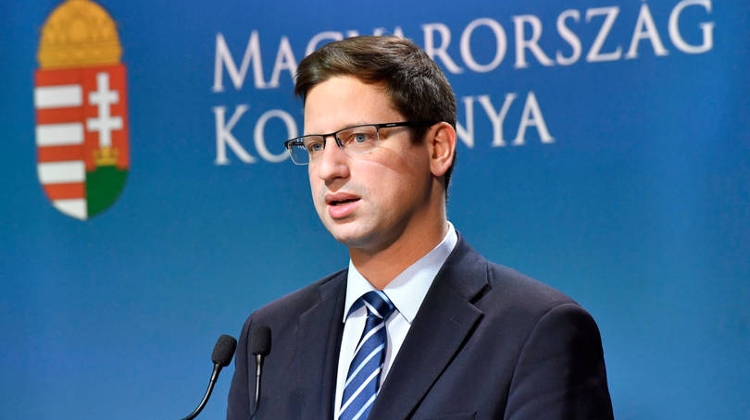 A total of 47% of Hungary’s hospital beds are unoccupied and ready to take in Covid-19 patients, Gergely Gulyás, the Prime Minister’s chief of staff, told a regular press briefing.

Those infected will have access to care of the highest standard, he said. He noted that nurses will benefit from a 20% pay rise from November and a further 30% on Jan. 1.

Concerning a salary hike for doctors, Gulyás said details of a recently adopted agreement between the medical chamber (MOK) and the government were being negotiated, and said he trusted that open issues could be resolved.

The government is expected to discuss proposals concerning rules for general practitioners in two weeks’ time, he added. Gulyás said tourism would be shaky until a vaccine arrives. He also warned Hungarians against taking skiing holidays.

Asked whether the government was planning to switch schools to digital learning after the autumn break, Gulyás said the government was committed to keeping schools open, adding that the past two months had shown that “schools can operate even amid the current circumstances”.

Meanwhile, Gulyás said the government will leave the current rules for SZÉP cards, a voucher system of fringe benefits for employees used mainly to pay for catering services, unchanged next year.

The decision is aimed at helping domestic tourism, allowing cardholders a budget of up to an annual 800,000 forints (EUR 2,200) to pay hotel and restaurant bills, he said.