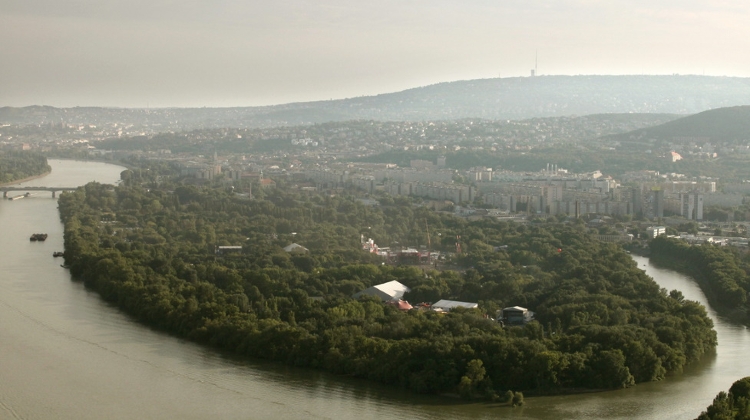 WWF-Hungary's successful petition, signed by 10,000 people, was backed up by protests from other environmental organisations and residents of Budapest. No environmentally-damaging flood control investment will be built on Hajógyári Island.

The drastic reduction of wetland areas, pollution, overexploitation of freshwater resources and alteration of wetland habitats for decades has resulted in negative impacts to the Danube Basin ecosystem and the millions who depend on it.

If the planned flood control system on Hajógyári Island had been given the green light, a similar fate would have awaited this popular recreational area. The island is also well-known as the home of the summer Sziget Festival (sometimes known as the "Hungarian Woodstock").

On September 23, 2020 the Hungarian Water Management Directorate withdrew its application for the project, halting the permitting procedure. The official change of heart came as the result of a concerted campaign by WWF-Hungary, other environmental organisations and Budapest residents.

If the project had gone ahead, it would have stopped the natural flooding cycle on the island that wildlife depends on. The consequences for the Danube floodplain would have been devastating for this green island in the heart of the capital and the overall ecosystem.

Over 80% of the floodplains along the Danube and its main tributaries have already been lost - and with them, significant populations of fish and other valuable ecosystem goods and services.

Among other things, the flood protection plans for Hajógyári Island called for felling at least 1000 trees from the valuable alluvial forest. This would have meant destruction of the island’s most valuable floodplain habitats and conversion of the natural river bank.

Not only would have wildlife protection and public welfare been degraded. Preserving green urban spaces and increasing their biological activity is in everyone's interest, as they not only provide recreational opportunities but also regulate the microclimate, reduce urban temperatures in the summer and cut air pollution.

Moreover, trees and other flora catch the dust and sequester carbon dioxide.

“The Directorate of Water Management made a good decision. Flood protection investment on Hajógyári Island would have been not only harmful to the natural values of the island, but would not have fulfilled the purpose of reducing flood risk."

In the middle of the environmental crises of the 21st century, such flood-control measures are no longer acceptable,” said Andrea Samu, Freshwater Habitats Programme Expert at WWF Hungary.

“The case of Hajógyári Island demonstrated that the power of community matters. Neither residents of Budapest nor social organisations will stay quiet when destructive investments are planned.

Our petition, launched on September 17, was signed by 10,000 people in one week. We would like to thank everyone for standing up for the protection of the island,” said Katalin Sipos, Director of WWF Hungary.

A detailed proposal was submitted to the Mayor of Budapest requesting that the Island’s alluvial forest be granted protected status.