Photos: Flag Lowered To Half-Mast At Parliament On Anniversary Of Arad Martyrs 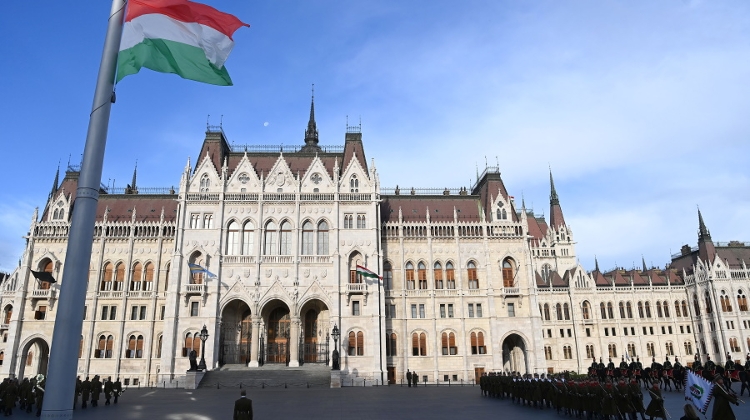 Hungary’s national flag was hoisted with full military honours and lowered to half-mast in front of Parliament to mark the anniversary of the 1848-49 war of independence and the martyrs of Arad, at an event attended by Defence Minister Tibor Benkő on Tuesday. 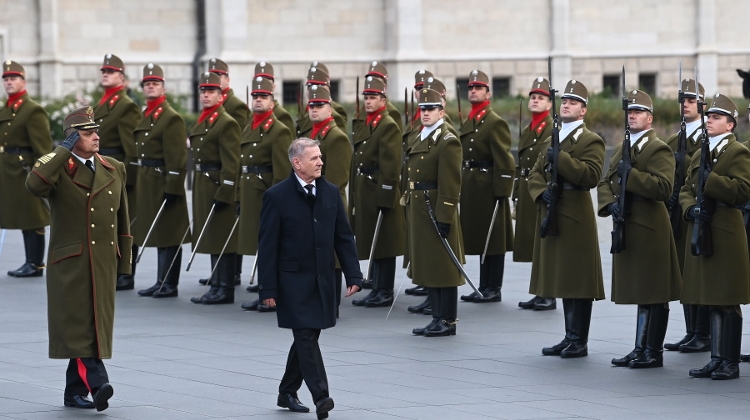 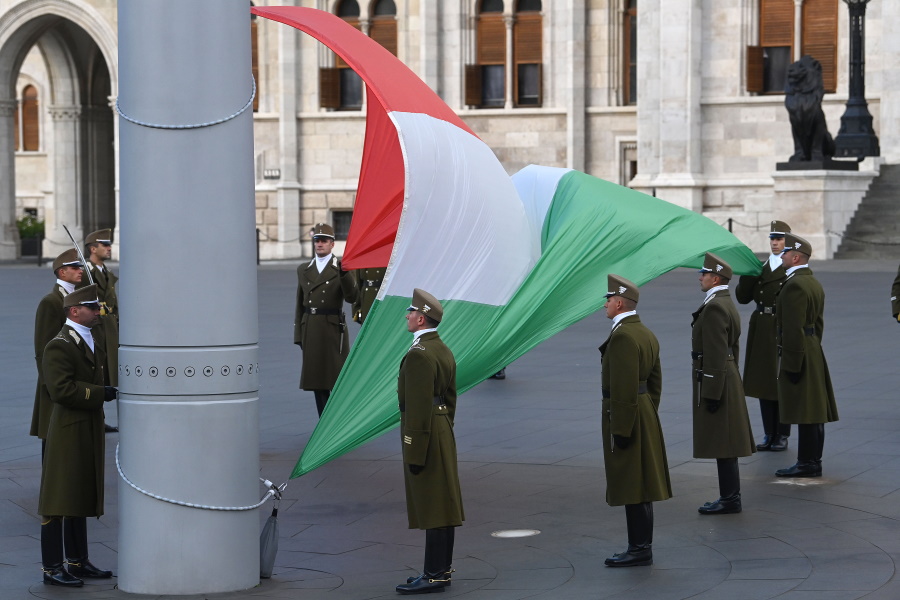 The flag will remain at half-mast throughout the day in tribute to the martyrs on the national day of mourning.

Marking the anniversary on Tuesday of the execution of 13 revolutionary leaders in Arad on October 6, 1849, President János Áder said that “the heroic deaths of the Hungarian freedom fighters has become a source of strength”.

Áder said that what took place in 1849 in Arad was a symbol of how the uprising may have been overpowered but “the desire of Hungarians for freedom cannot ever be broken”.

Speaking to public broadcaster Kossuth Radio, Áder said the 13 leaders were of diverse backgrounds, age, religion, temperament and style. Besides Hungarians, some of them were of German, Serbian and Croatian ethnicity, Áder noted.

Some were members of the nobility while others came from humble families, and their political views also differed widely, Áder said.

“They were friends, mentors, brothers in arms and they constantly debated; they were tough opponents, diverse characters who were united in death,” Áder said.

The generals executed in Arad in what is today Oradea, in Romania, ended their lives that day “aware of their own innocence but in dark anxiety for their loved ones, knowing … they would be tarred with unjust accusations,” Áder said, noting that October 6 was the “darkest day of a period of brutal retaliations”.

The measures taken by the Habsburg Empire to trample the remaining nests of revolution ran afoul of the laws of the time, Áder said.

The sentences were “mostly ready” before the trials, which were only held to keep up appearances, he said. “Europe looked on, shocked, at the bloody retaliations,” Áder said.

However, the heroic deaths of the 12 generals and Count Lajos Batthyany, the prime minister of Hungary’s first independent government, “has become a source of strength for Hungarians”, Áder said.

The political achievements of the freedom fight survived the defeat, and were realised at the Austro-Hungarian compromise of 1867, he said.

“If we know what happened to them, bear witness to their lives and remember their deaths, this day becomes more than just a day of mourning, of final, great silence.

Besides martyrdom, it also proclaims a life worth living; loyalty and love of country; the value of honour; faith borne with dignity; an example to be followed; and justice,” Áder said.

The celebrations will continue at the Fiumei Road cemetery, where Benkő will lay a wreath and deliver a speech at the mausoleum of Count Lajos Batthyány, Hungary’s first prime minister.

The cemetery will host students and visitors all day for walks and talks on the period.

The government declared 6 October Hungary’s national day of mourning in 2001, in commemoration of the 13 martyrs executed in Arad following the crushing of the revolution. Batthyány, also commemorated today, was executed in Pest.