Uniquely Hungary: The Lions Of Budapest, By Anne Zwack 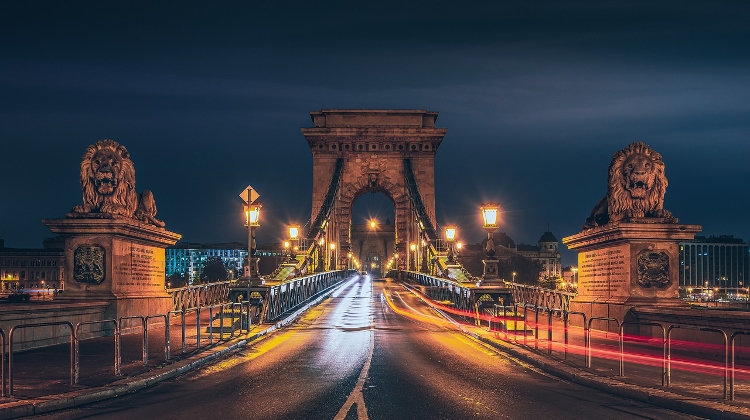 If you think about it, Hungarians are not the only people to be partial to lions, as they are like book ends on gateposts of villas in suburbia and guardians of monuments all over the world. Everywhere you go there are crests and doorknockers and gargoyles and fountains with the Lion King theme.

But in Budapest it seems to me, like the buildings lining the streets, no two seem to be exactly the same.

The most famous are the four lions on either end of the Chain Bridge perhaps because of the urban legend that the sculptor, Janos Marshalko, threw himself into the Danube when someone pointed out during the unveiling that the lions had no tongues.

Marshalko lived to a ripe old age and produced more lions while these four actually do, if you get close enough to see, have tongues.

There is another pride of lions at the entrance and exit to the Lion Courtyard of the Royal Palace. As you go in they are merely forbidding but the two at the exit are roaring in fury as you take your leave.

Lions come mostly in pairs. Guarding the main entrance to the parliament there are two magnificent specimens although they are not menacing in any way; they have the same blank expressions as the guards outside standing to attention beside the flagpole. 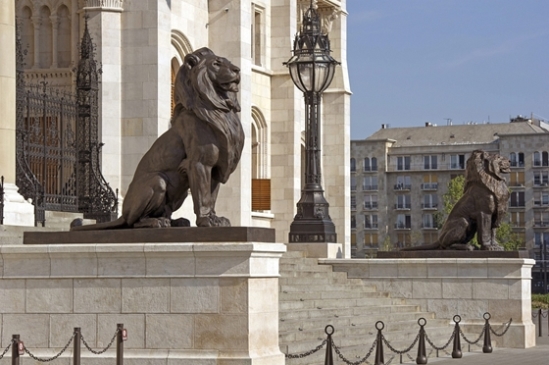 A relatively new entry is the lion atop a very high plinth above the monument to Istvan Tisza, Prime Minister of Hungary with two mandates between 1903 and 1917.

Its head is thrown back and it seems to be howling at the sky, possibly because its body is encircled by what looks like a large boa constrictor which it is warding off with a massive paw. 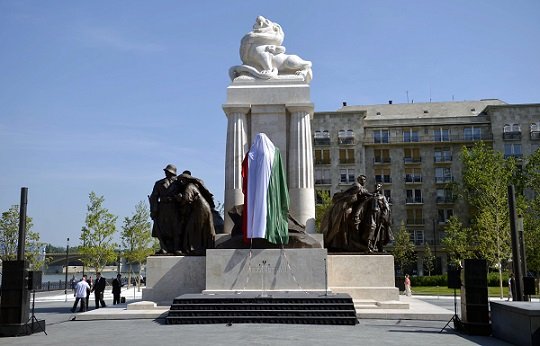 Perhaps the snake symbolizes Tisza’s many enemies; he was considered a reactionary, rightly or wrongly accused of taking Hungary into the First World War and there were three other attempts on his life before a successful one in 1918.

On the Buda side of the Margit Bridge is a formidable lion astride a flagpole, a favourite perch for the neighbourhood pigeons, commemorating one of the bloodiest battles of the First World War at the Polish fortress of Przemysl.

There are four more around the statue of King Stephen in front of the Fishermen’s Bastion and children clamber all over the lions in the Vorosmarty Square. My two favourites are lean – you can count their ribs – bearing flagpoles outside the Technical University.

Ybl Miklos scattered lions all over the recently restored Varkert, the two largest the work of a sculptor whose name was, appropriately, Leo.

Lions are a frequent theme in the monumental cemetery in the Fiume ut. Pensive, even philosophical, they adorn the tombs of whole generations of prominent Hungarians. One of them has a bewildered expression as though he were saying: “What am I doing here ?”

There is a lion here on top of the funerary monument to Lajos Kossuth, which the statue of Genius is holding on a leash, perhaps to suggest that the undoubted genius of Kossuth was never given full rein?

If this trend should continue, might I suggest that we feature some lionesses as well?

Anne was born in England in 1946, grew up in Cambridge and was educated in England and in Belgium.

She lived and worked for several years in Paris, Rome and Milan where she met Peter Zwack who swept her off her feet and eventually brought her back to Hungary.

During this time she wrote for many important American publications including the Travel Section of the New York Times, Travel + Leisure and Gourmet Magazine. She currently divides her time between Budapest and Tuscany.

Peter and Anne Zwack have two children and were married for forty years.