Budapest MOL Bubi Bike-Sharing Scheme To Be Scaled Back 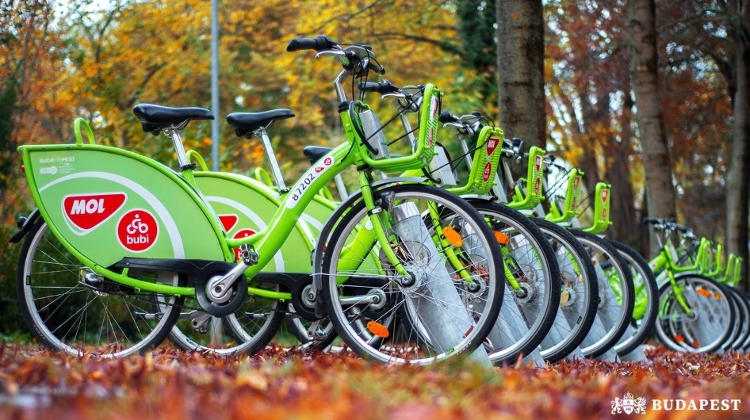 The Budapest bike share scheme MOL Bubi will be scaled back to match a decline in usage, a spokesman for the Budapest Public Transport Center (BKK), which runs the operation with support from Hungarian oil and gas company MOL, said in business daily Világgazdaság.

BKK said earlier that MOL Bubi would be suspended at the end of November, while a new service "that meets evolving urban transport needs" would be available from next year.

BKK spokesman Dávid Borsi said that the number of bikes in the revamped scheme would be cut from 2,071 to 1,200.

He said usage has fallen since Bubiʼs rollout in 2014, with the exception of this year, when the monthly fee was reduced to a token HUF 100 to promote alternative means of transport during the pandemic.

This year, the bikes were used 64,000 times during the month with the highest turnover.