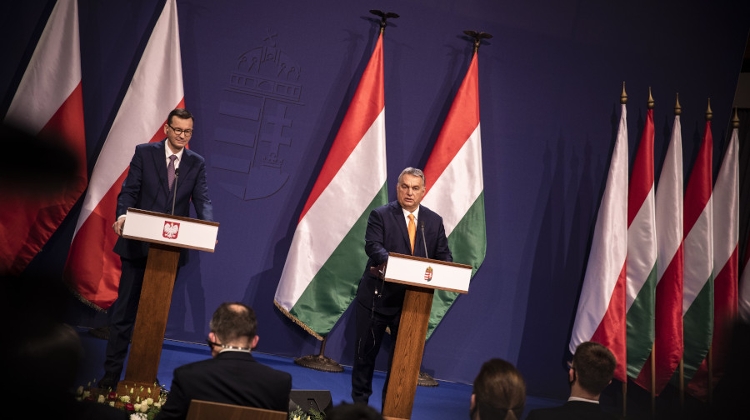 Hungary and Poland's votes are key to passing the EU's multi-annual financial framework and its Next Generation EU recovery package, Viktor Orbán said in an interview with public radio.

“Our position is set in stone,” he added.

The EU now should focus on granting the necessary funding for member states in need and to “get the seven-year budget off the ground,” Orbán said.

Hungary and Poland “have been saying since July” that the rule of law conditions cannot be tied to funding, he added.

Meanwhile, Orbán said “the protagonist, [financier] George Soros, is weaving his web in the background.” Soros proposed as early as 2015-2016 that member states unwilling to accept migrants should be “punished financially”, Orbán said.

Accepting the EU’s current proposal would mean “part of our budget could be taken away if we refuse to allow migrants in,” he said.

The European Parliament is now a sounding board for Soros’s proposal, Orbán said, adding “it was wrong of the European Council to bow to that pressure.”

Meanwhile, Orbán said the government will decide in the next 8-10 days on the coronavirus rules to be followed during Christmas and the New Year.

The prime minister noted that an increasing number of people are in hospital and he warned citizens to be vigilant.