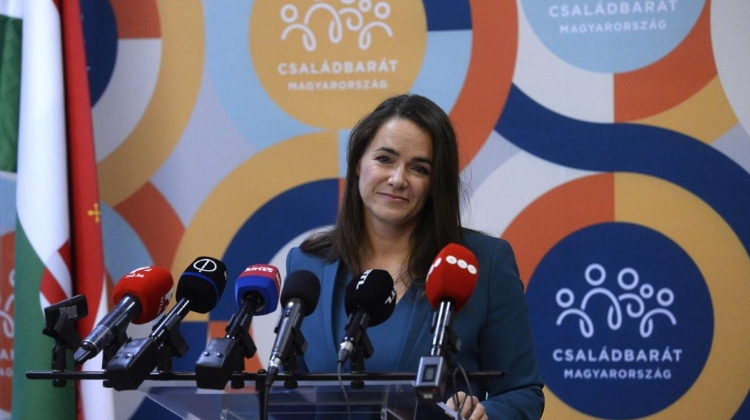 Opinions diverge on the video in which Katalin Novák, Minister for Family Affairs, encourages women to enjoy their womanhood as daughters, wives and mothers without necessarily considering men as competitors.

In a short video message (in Hungarian) to women, Katalin Novák called the idea that women should compete with men in all fields a ‘false emancipation drive’.

She encouraged women to accept the sacrifice and responsibility of motherhood because that is what makes them really happy.

In Parliament, she was accused by opposition MPs of denying women’s right to equal pay. She then complained that her words were being consciously misrepresented, as she merely advocated motherhood as something crucial for individual happiness and collective survival.

In Magyar Hang, Marianna Hutter interprets the Minister’s words as contradicting the principle of equal pay for equal work.

She warns her that she has no business in how women decide to lead their lives nor is she entitled to tell them which choices are the right ones.

Hutter also calls the Minister a hypocrite, since while inviting women not to seek the same pay as men, she works full time and earns eight times the average wage.

On 24.hu, Rita Antoni accuses the Minister of having betrayed her fellow women and of lecturing them on what makes them happy, whilst enjoying her huge monthly salary.

The feminist author encourages women to decide what makes them happy autonomously, without letting Ms Novák tell them what the sense of their lives is.

Vasárnap’s editorial takes up the defence of Ms Novák against what it calls an artificially stoked-up hysteria campaign. ‘We accept that some people don’t want to bear children’, the editors write, but reject ‘attacks on those who put children at the centre of their lives’.

Magyar Nemzet’s Krisztina Kincses reads the Minister’s words as meaning that motherhood takes sacrifices, but those are worthwhile.

She finds it absurd to accuse Ms Novák of advocating the subjugation of women who, otherwise, she writes, are equal in Hungarian society.

Free women, Kincses continues, are strong enough not to merely think of themselves. And those who fail to understand that, she concludes, don’t know the first thing about what makes a woman.