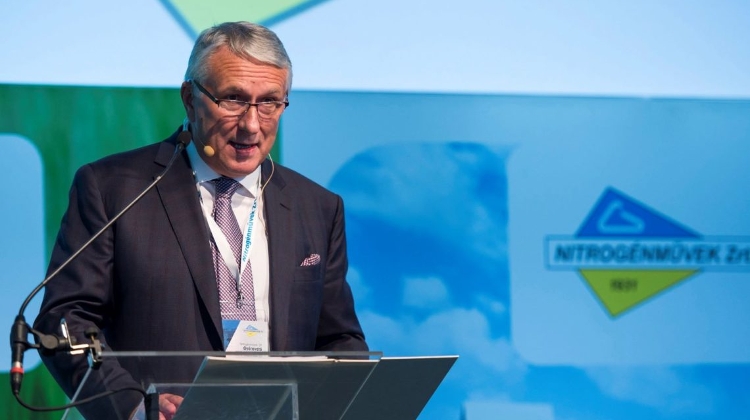 László Bige, the owner of artificial fertiliser maker Nitrogénművek, has been placed under criminal supervision on suspicion of bribery and other financial crimes, a Nyíregyháza court said on Thursday.

Nitrogénművek on Wednesday confirmed that Bige had been taken into custody.

Prosecutors, who did not identify Bige by name, said they had taken the chairman and CEO of an agricultural company into custody, the Nyiregyhaza District Court noted in a statement.

It said the individual was suspected of instructing his company to falsely declare a part of its output below standard and sell it to retailers at a discounted price, who would then re-sell it at or near market price.

Prosecutors also allege that the suspect had agreed with one of the retailers that he would be paid back the difference in the sales price in cash, allowing the suspect to pocket more than 800 million forints (EUR 2.2m) between 2011 and 2016.

The scheme is believed to have cost the company 2 billion forints. Prosecutors initiated the suspect’s arrest on suspicion of a crime carrying a prison sentence of up to five to ten years, saying he was a flight risk.

The Nyíregyháza court said the suspect had been under criminal investigation for a number of years and had always cooperated with the authorities.

It added, however, that because the individual was a leading business figure, there was a risk that he could use his position to influence those involved in the investigation.

The court therefore said it was enough to place the suspect under criminal supervision.

Nitrogénművek said in a statement on Wednesday that the allegations against Bige were “completely baseless” and served only to intimidate the company leader and tarnish his reputation.

The company vowed to use every legal tool at its disposal to defend itself and Bige.