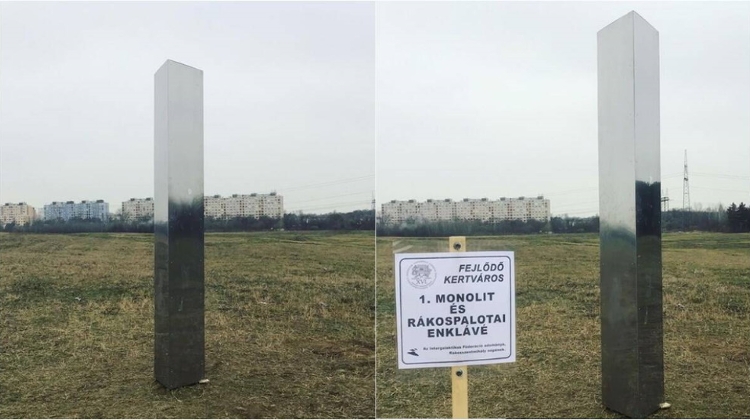 According to its label this strange metallic structure - which recently popped up at the border of the 15th and 16th districts - is 'a gift from the intergalactic federation'.

This grassy field in the outskirts of the capital is usually just used by morning walkers, many with dogs, and so seems a bizarre place for aliens to have landed.

That said, such a monolith appeared recently in the Utah Desert, before disappearing after a couple of days. That was followed by another in California, which was also soon removed. Then the same style monolith showed up in Romania, Poland, and Belgium.

The one in Hungary is apparently different from the others according news portal telex.hu, as the latest structure here isn’t a solid metal column. Instead it is reportedly a 'set of plates riveted to a metal frame'.

What's the same is that as with the previous such structures no one has taken credit for installing it, apart from the intergalactic federation!