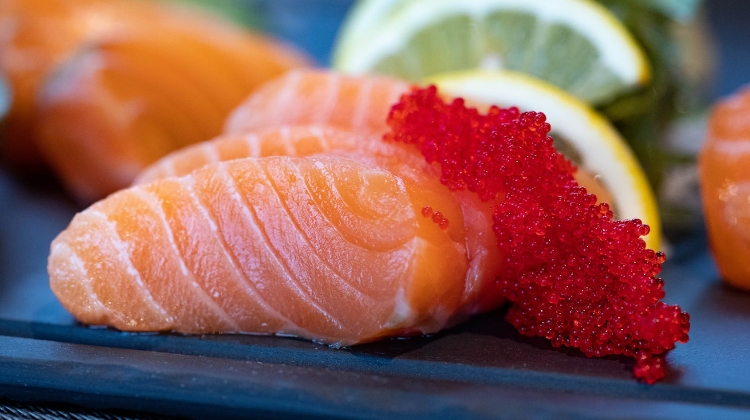 It is healthy and full of useful nutrients: consuming fish has many positive physiological effects, but fish is less prominent regarding the Hungarian domestic eating habits.

Though seven out of ten Hungarian Internet user has fish as a festive menu every year but only one tenth of them consume it weekly and one third monthly.

However, they are aware of its benefits: 60% believe that it is healthy, one third of them consciously choose fish dishes because of their effort to have varied diet. This recent research of the eNET has examined fish consumption habits.

According to the data of the European Union in 2017, Hungary is not among the leading countries in terms of fish consumption: the annual consumption of fish per capita was 6 kg on average while the EU average was 24 kg.

Eating habits are also significantly influenced by the geographical location (for example, in coastal Member States there is a much larger culture of fish consumption) but with the largest lake in Central Europe the freshwater fish production is also favorable in Hungary.

For the sake of increasing demand several measures have recently been taken (for example, due to the price sensitivity of Hungarian consumers, the VAT on fish meat has been reduced from 27% to 5%). But what are the current fish consumption habits here in the country?

According to the eNET 2020 survey among adult Hungarian Internet users, nine out of ten users regularly consume fish which means about 5.4 million people. Fish consumption is the most significant during the Christmas season nevertheless one third of Internet users eat fish at least once a month. 21% are quarterly and 12% weekly take this opportunity.

The most popular fish species are carp (native and liked in Central European countries) and a sea fish, hake, which is very saleable on the beaches of Lake Balaton. The third most consumed species are tuna (45%), four out of ten Internet user fish consumers eat catfish and one third eat salmon.

Why is it good to eat more fish?

Consuming fish has many positive physiological effects as fish are rich in minerals, vitamins and omega-3 fatty acids which net user fish consumers are aware of: 60% of them consume it because it is healthy, a bit more than those who think it is delicious (56%). About one third of them are consciously striving for a varied diet by consuming fish.

At Christmas, almost for everyone of the net users, one of the festive menu is fish: 79% of them eat fish at Christmas and 70% has fish as a regular holiday meal. The most popular Christmas fish dishes for more than half of them are traditional Hungarian fish soup and fried fish in breadcrumbs.

The variety of fish preparation options is illustrated by the fact that even at reduced rate but at Christmas different fish dishes, such as barbecued, grilled and smoked fish can be part of the menu or even sushi appears on ones’ table.

Hopefully not only the versatility of fish food variations but also the frequency of its consumption will increase among the Hungarian population.