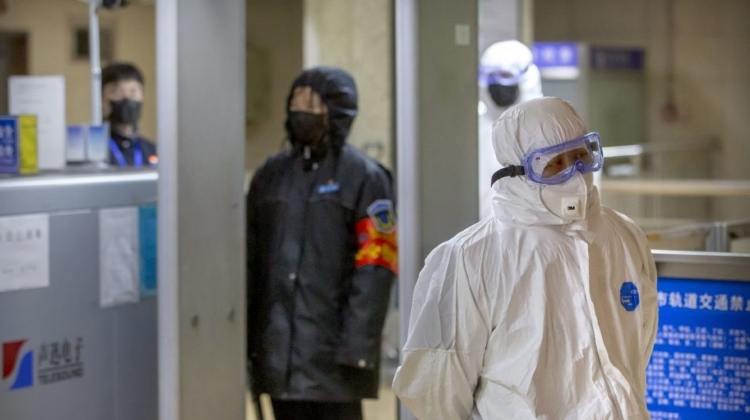 A Hungarian national has tested positive for coronavirus in Japan, a government official said.

The patient is one of the crew members of a cruise ship stranded off the country’s coast because of a coronavirus outbreak, state secretary for communications and international representation Tamás Menczer said, citing Japanese authorities.

The Diamond Princess was quarantined on Feb. 5. Quarantine was lifted on Feb. 19, and on Feb. 22 most of the passengers on board were allowed off the ship, while most of the crew stayed behind.

The crew included two Hungarian musicians and a Hungarian waiter, Menczer added. The Hungarian infected with the virus has been put in insolation and is set to be transported to a hospital or an observation unit within the next 2-3 days, the state secretary said, adding that the patient is feeling fine.

Budapest and Debrecen airports have started screening passengers arriving from Italy for coronavirus, the chief medical officer said. The latest recommendations from the World Health Organization (WHO) and the European Centre for Disease Prevention and Control (ECDC) call for the introduction of new procedures in coronavirus screenings, Cecília Müller told a press conference.

She said Italy’s ambassador to Hungary recently briefed the operative board set up to coordinate preventive measures against coronavirus on the situation regarding the virus in Italy.

The virus so far is most prevalent in Lombardy and Veneto regions but cases have also been reported in Emilia-Romagna and Piedmont, Müller said. The chief medical officer noted that a group of 11 secondary school students, two teachers and two drivers, who returned from northern Italy on Sunday night, have been placed in a two-week quarantine at South Pest Central Hospital.

The foreign ministry’s consular service recommends that people planning a visit to Italy should make a final decision following “thorough consideration” due to the coronavirus epidemic.

Meanwhile, government-funded trips to China for Hungarian students studying Chinese will be scrapped this year due to coronavirus, a government official said. Mónika Bartos, the government commissioner responsible for organising language courses abroad, noted China was one of the target countries for the new government scheme for language students.

The trips will be scrapped this year to protect the students from the virus, she said. The measure affects up to 50 students, she added. The high-school children scheduled for the trip will visit Britain instead, she added.

A group of 11 secondary school girls, two teachers and two drivers, who returned from northern Italy on Sunday night have been placed in a two-week quarantine in Budapest’s St László hospital due to the coronavirus epidemic in that region, public broadcaster M1 reported.

János Szlávik, the head of the National Institute of Hematology and Infectology at South Pest Central Hospital, said that both the students and the adults were free of any coronavirus symptoms. He said, however, that observation was necessary because the students had had their lodgings close to an area north-east of Milan now closed down by Italian authorities due to the growing number of coronavirus cases.

Szlávik said that three other Hungarians that had returned from an ocean liner earlier, showed no symptoms and could be released from St László hospital on Friday or Saturday.