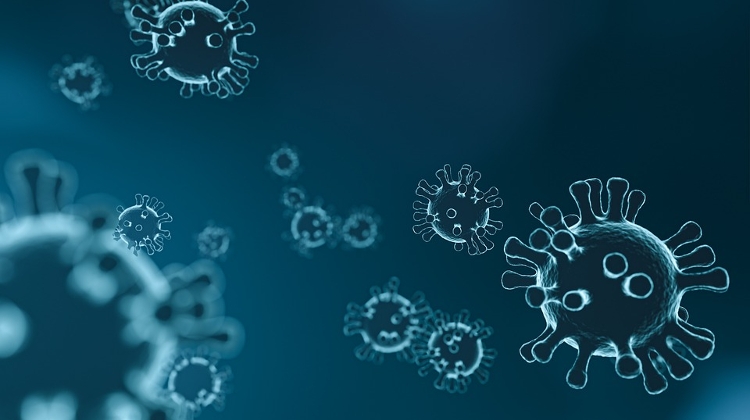 The weeklies went to print before the Prime Minister’s announcement on Friday evening of a heightened state of emergency and the closure of all schools. All commentators write gravely about the virus, although not without political overtones.

Moreover, people are cautioned against shaking hands, kissing their loved ones, or even meeting them. Nevertheless, the pro-government pundit continues, the pandemic is unstoppable – which is hardly surprising in an era when 16,000 airplanes are in the air at any given moment. If only one in a thousand of their passengers is infected, that adds up to 2000 passengers spreading the virus worldwide.

Despite the drastic measures taken by a growing number of governments, Bencsik does not believe the swift spread of the virus can be prevented. What he fears most, however, is that the massive spread of viruses will one day produce a mutation which will be really lethal.

He thinks the real danger, therefore, is not the virus itself but the broad network of international exchanges so characteristic of the modern age. This is why the ancient method of quarantining people is being used worldwide. Globalism is in trouble, he concludes, but has no recipe to cure it. Instead he asks, ‘what shall we do now?’

In a very similar vein, editor Zoltán Szalai believes in the print edition of Mandiner that the corona virus pandemic debunks the dominant consensus according to which the key to solving the problems of the modern world is globalisation.

The world is turning in fact from globalism to localism, he explains. That will not be easy, since logistical chains built by enterprises stretch from one end of the globe to the other with vital spare parts delivered to Europe and North America from China.

After what has happened over the past weeks, enterprises will seek subcontractors in neighbouring areas, he predicts, which will cause a positive re-evaluation of Central and Eastern Europe in the eyes of German entrepreneurs.

In Magyar Hang, György Pápay remarks that conspiracy theories have spread even more rapidly than the pandemic itself. The most widespread theories lay the blame at the feet of China, the United States, pharmaceutical giants and so on.

He is relieved to find that such primitive explanations have not reached the political mainstream, although he lambasts what he calls the pro-government propaganda machine for linking the spread of the virus to international migration. He looks back at earlier explanations by the government, which linked terrorism to migration, which he deems equally misguided.

Now the coronavirus epidemic has created a real crisis, which he hopes will prompt a rational reaction in public life and discourse.

In Heti Világgazdaság, Márton Gergely quotes Slovenian star philosopher Slavoj Žižek who believes that the health emergency caused by the coronavirus, the downturn it is causing to the economy, plus the threat of a new migration crisis have created what he calls a ‘perfect storm’, that is a complex shock.

The liberal author doesn’t comment on Žižek’s view that ‘Putin and Erdogan want to infect the European Union until it suffers lasting health damage’. He also just quotes Žižek who ‘identified Viktor Orbán as the living host of the virus’.

The most defenseless against the storm, Gergely writes, are the refugees stranded between Turkey and Greece, whom he describes as ‘the biomass in a great power game’.

In Élet és Irodalom, economist Péter Mihályi deems closing down schools ill-advised. He wrote his long analysis of the virus crisis days before the Prime Minister ordered the closure on Friday night, and argued that in this epidemic, children themselves are relatively protected against serious symptoms.

True, he continues, they carry the infection home and are thus important vehicles of the pandemic. Nevertheless, if nurseries, kindergartens and schools close down, small children will spend significantly longer periods of time in adult environments, including their parents’ workplaces, shopping malls and with grandparents, which will increase the danger of contamination.

Teenagers, on the other hand, will continue to meet even if their schools are closed. The liberal economist is convinced that closing schools can only slow down the epidemic in the short run, but this time, unlike in a normal flu season, they will remain closed for months.