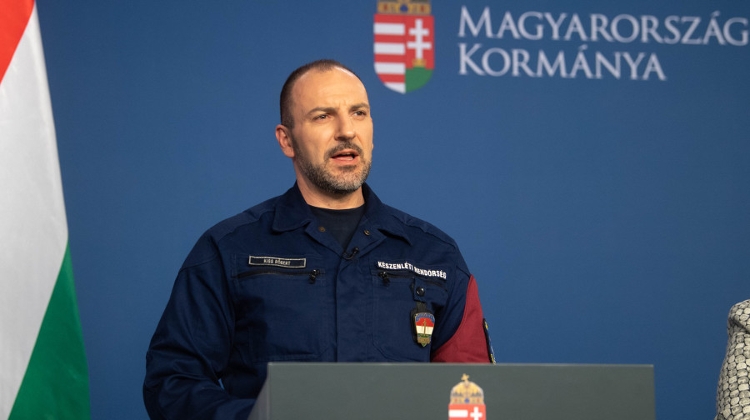 The government will consider new restrictions on movement for after 3 May at its Wednesday meeting, a staff member of the duty centre of the Operational Group responsible for the containment of the coronavirus epidemic said at an online press conference.

Police Lt. Colonel Róbert Kiss stressed that we had entered the second phase of the containment of the epidemic when there was some scope for gradually relaxing the current restrictions according to a strict timetable. He observed that upon the relaxing of restrictions, we must continue to concentrate on the elderly.

On behalf of the Operational Group, Spokesperson for the National Police Constabulary Lt. Colonel Kristóf Gál thanked visitors of the koronavirus.gov.hu website for following the official information website concerning the epidemic.

He said since the beginning of March members of the public have viewed the website 167 million times, meaning that millions of people visit the website every day.

Mr Gál thanked members of the public for their trust, and indicated that they would continue to provide the latest data and information about the coronavirus epidemic.

According to Mr Kiss’s information, on Tuesday 696 persons were ordered to retire to compulsory home quarantine; as a result, on Wednesday, 10,071 orders were in effect.

He added that on Tuesday, the police had been required to take action due to the violation of the rules of compulsory home quarantine in 16 instances. Since 12 March, they have taken action on such grounds in 1,325 instances in total.

At the same time, they are also given a red warning sticker which they are required to display at their home or place of residence.

An official public administration decision regarding the compulsory home quarantine order is also sent to Hungarian nationals returning from abroad by post.

Mr Kiss also said on Tuesday, due to the violation of the rules related to the restrictions on movement, the police had taken action in 1,241 instances, including 559 cautions, 371 onsite fines and 311 prosecutions.

In answer to a question, the Lt. Colonel said the Operational Group has no competence to determine speed limits in the administrative territory of Budapest. The Metropolitan Municipality is vested with such powers.