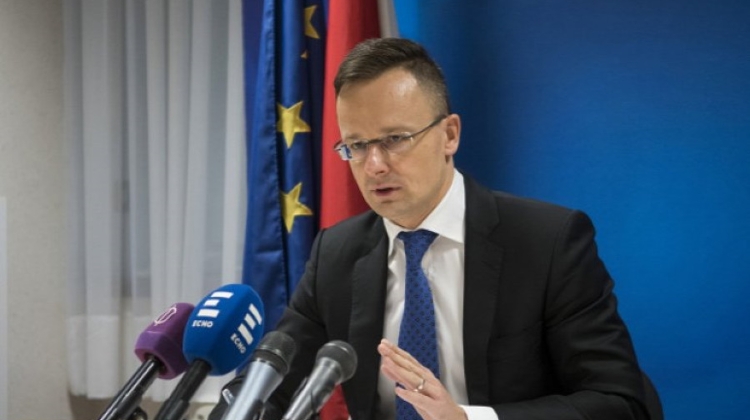 Hungary has yet again “come under fire from the international liberal mainstream”, Péter Szijjártó, the foreign minister, said on Facebook.

Referring to criticism of Hungarian measures against the novel coronavirus, Szijjártó wrote:

“There’s nothing surprising about the recent attack by the failed Italian left-wing prime minister, the German Socialists who are forever the little brother in the grand coalition, the never-elected Austrian Greens or the Luxembourg communists, or indeed the extremely intolerant northern liberals”.

“The international liberal mainstream attacked us ten years ago when we sent the IMF packing,” he wrote, adding that the government also had come under attack for cutting taxes instead of introducing austerity and embarking on job-creation rather than continuing welfare benefits, “thereby protecting Hungary from the economic collapse”.

“We were also attacked five years ago … for building a fence on the southern border, under the command of the police and army to protect the security of the Hungarian people,” he wrote.

“And the international liberal mainstream has attacked us even now, when the democratically elected Hungarian parliament has given us the authority to protect our country against the world pandemic.”

Szijjártó said such attacks were borne of “frustration and envy” because “they can only dream of the kind of social support that the Hungarian government has won by a two-thirds majority in the last three parliamentary elections.”

Meanwhile, Justice Minister Judit Varga told German public television ARD that the epidemic response bill was “democratic”, arguing that parliament could repeal the government’s authorisations “anytime”, which she said was unique in Europe.

Varga added that it would also be up to parliament to declare the epidemic-related state of emergency over.

Tímea Szabó, group leader of opposition Párbeszéd, was also invited to the programme. She insisted that over the past ten years the government had “always used its power to empty of its contents democracy and the rule of law” and demanded guarantees that “the government will not do the same in connection with efforts against the epidemic”.