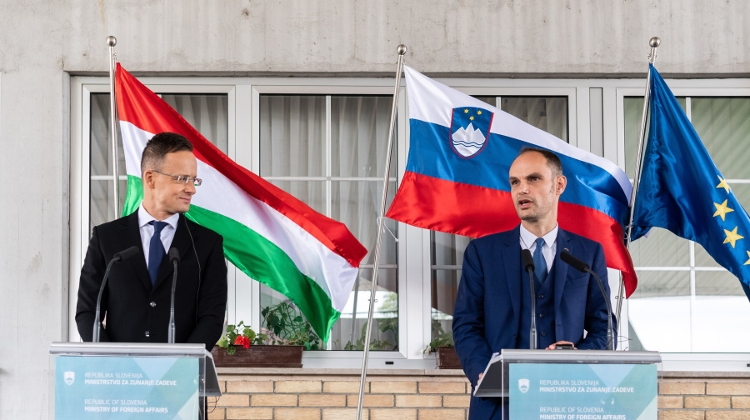 Citizens of Slovenia and Hungary may freely cross the common border without quarantine or other restrictions from Thursday afternoon, foreign ministers Anze Logar and Péter Szijjártó jointly announced yesterday.

Speaking at the Dolga Vas-Rédics border station, Szijjártó said “the pandemic showed how much we Central Europeans need one another, just like Hungarians and Slovenes,” adding that the crisis had strengthened the friendship, strategic union and co-operation between the two countries.

He added that four border stations are open between the two countries, and a fifth will open on Tuesday at Kélvölgy, which is mostly important for the Slovenian minority living in Hungary.

Declaring that the period of separation will be followed by a period of connections, Szijjártó said the Slovene and Hungarian high voltage networks will be connected by the end of next year and the two countries will co-host the next under-21 European Football Championships.