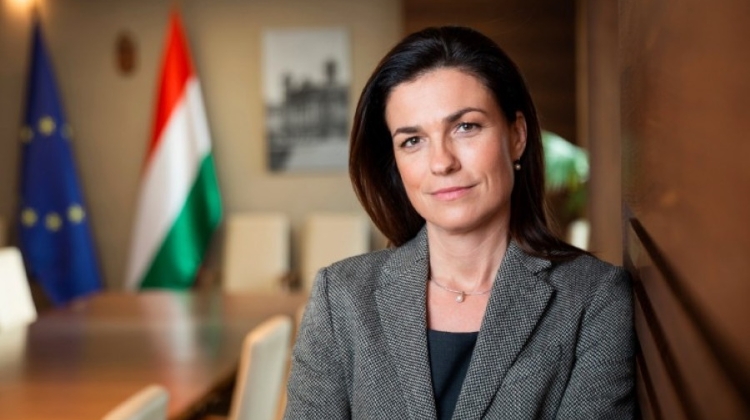 The Hungarian government’s special measures in response to the coronavirus epidemic fully accord with the European Union’s fundamental principles, Justice Minister Judit Varga said in a letter to members of the European Parliament.

Varga said on Facebook that she had written the letter because the European Parliament had refused her request to address the plenary debate on the subject. EU citizens, she insisted, expected the EP to support member states fighting “the biggest crisis in the history of the European Union”, yet the EP “is not the solution but part of the problem”.

Varga noted that the Hungarian government had declared a state of emergency on March 11, and had taken “fast and effective” action to combat the epidemic. With “sacrifice and discipline” on the part of Hungarian citizens, the worst-case scenarios seen in other EU member states were thankfully avoided, she added.

Varga noted that the Hungarian parliament extended the state of emergency which would have expired after 15 days under the constitution, by passing law designed to handle the epidemic. The law, she insisted, “is not open-ended either in respect of time or its scope”, Varga said, adding that parliament could strip the government of its enhanced powers at any time once the state of emergency is over.

Varga added that parliament holds regular sessions and freely exercises oversight of the government. Further, the operations of the courts and the Constitutional Court are ongoing, and controls are in place over state agencies. Hungary’s measures are not without precedent in Europe, she said, referring to a comparative analysis available on the government’s website.

“Contrary to several member states, the Hungarian government decided not to suspend the application of any passages of the European Charter of Fundamental Rights,” she said.

Accordingly, the government’s special measures do not restrict the media or curb the freedoms of expression, she said, adding that it was important to prevent the spread of false rumours, however. “The freedom of expression does not include the deliberate communication of lies.”

In her letter, Varga questioned whether the EP could be called a democratic institution “when it is not taken for granted that the other side is also heard”. She complained about a member state being “attacked, its measures questioned, and the legitimacy of its decisions undermined,” insisting that the EP had denied Hungary’s right to a fair procedure.

Varga thanked Vera Jourova, Vice President of the European Commission for Values and Transparency, who “declared several times that Hungary’s passage of its coronavirus law is not against European law”.

Concluding her letter, the minister repeated her government’s commitment to “saving the lives” of its citizens and “ensuring their health, and welfare” while helping the efforts of other countries both inside and outside the bloc. She said she trusted that the EP would drop “its current pseudo actions” and “adopt a suitable role” in respect of those efforts.