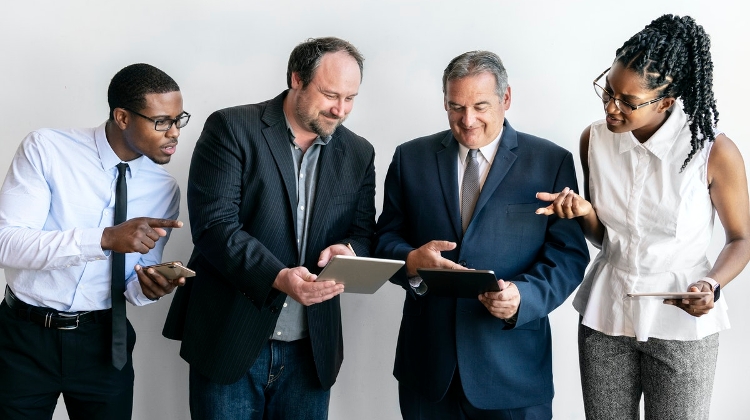 To fully tap into the potential of the foreign workforce, a more transparent, up-to-date system is needed that provides information on both the necessary skills needed and the available jobs in a region. Less red tape when employing foreign labor would also be welcome.

In the age of data abundance, one field that lacks proper information is foreign labor. Scarcity of reliable figures makes it difficult to gauge the effect foreign workers have on the economy and also for employers to find the workforce with the skills they need.

The exact number of foreign workers in Hungary is hard to estimate as EU-residents can work in member states with no permit. Those coming from a third (non-EU) country are issued a residence permit, so their numbers can be traced, but not all come to Hungary to work.

Still, the majority of permits are issued for employment purposes although there is discrepancy between figures different authorities provide. According to the Central Statistical Office (KSH), last year 66,660 people stayed in the country for employment purposes while according to data from the National Employment Service (NFSz) from two years earlier, 22,330 foreigners worked in Hungary in 2017 of which some 13,000 came from the EU.

“We believe that the data on EU-citizens is significantly lower than the reality,” Péter Honyek, tax director at PwC told the BBJ. As for geography, most come from Romania, the United Kingdom, Slovakia, Italy, Germany, and Poland, while Asia takes the lead outside the EU.

In general, the farther a foreign worker comes from, the more highly-qualified they are. This makes sense as their chances of being employed will improve with better qualifications. Workers from neighboring countries tend to be less well qualified and often work in unskilled positions.

Based on statistics from NFSz and also from PwC’s own experience, foreigners working in Hungary can be divided into three groups.

“Many come from Ukraine, Romania and Serbia to work in hospitality, trade and seasonal agricultural work in unskilled positions,” Honyek says. Their income is usually lower than the national average.

The second group is workers coming from neighboring or other EU countries to meet the temporary labor needs of Hungarian companies facing skills shortages in, for example, IT or assembly jobs, he adds.

The third category is foreign managers at local subsidiaries of international companies who perform high-level expert work. Their income may significantly exceed the national average.

Finding a job abroad is similar to finding a partner. On one side is one’s skillset, on the other is the job to be done.

“If the two match, the job seeker will find employment, otherwise they won’t,” Mária L. Rédei, doctor of the Hungarian Academy of Sciences and a retired associate professor of Eötvös Loránd University tells the BBJ.

What is needed, says Rédei, an expert in migration, is a regional, job-specific monitoring system that provides information on what skills are needed and in which part of the country. Such systems work in several countries, where the regions regularly submit information on what they need, and this information is available in labor offices, Rédei explains.

The problem is that in Hungary there is not sufficient information on what skills are needed, exactly, and in precisely which part of the country. Labor agencies tend not to pay attention to demand (and/or simply are not aware of it) and will recruit workers whose skills are not in synch with employers’ expectations.

“The practice that construction companies would tell agencies what they need has yet to happen,” László Koji, president of the National Federation of Hungarian Building Contractors (ÉVOSZ) told the BBJ. “If there is someone we cannot employ [due to skills gap], there won’t be a forced marriage, of course,” he adds.

Currently, or more accurately just before the coronavirus pandemic hit, the sector employs 130,000 more people than at its lowest during the years of recession; of these, 15,000-18,000 may be foreign nationals. To improve the number of “matches”, more transparent legislation and less red tape are needed, the experts agree.

“We need data that is up to date,” Rédei says. “A regional job-specific monitoring system would also allow for people to work on projects,” she explains. This would be more ideal than being employed by a company and then sometimes have work and sometimes not, she says.

There have been some supportive measures in the few past years though. “One such is a legal provision which allows that Ukrainian and Serbian nationals residing in Ukraine and Serbia fill certain bottleneck job vacancies without a work permit requirement,” says Kata Magyar, immigration senior consultant at PwC Hungary.

In practice, this means that Ukrainian and Serbian citizens can work in Hungary for 90 days without a work permit. And, in their case, the procedure for longer-term employment also takes significantly less time than for third-country nationals in general.

The shared or business services sector is a good gauge in general of the performance of the economy. It is also a sector that employs a lot of international workforce. Due to special language requirements, SSCs and BSCs will employ people with less experience, often fresh graduates.

“The sector has been growing and employs 50,000 people across the country, offering expertise in various industries including automotive, healthcare, oil and gas and retail to name the main ones,” Balázs Horváth, director of advisory at KPMG Hungary told the BBJ.

The reasons why foreigners find Budapest and the country as a whole attractive comes down to the favorable cost structure and quality of life here, he adds.