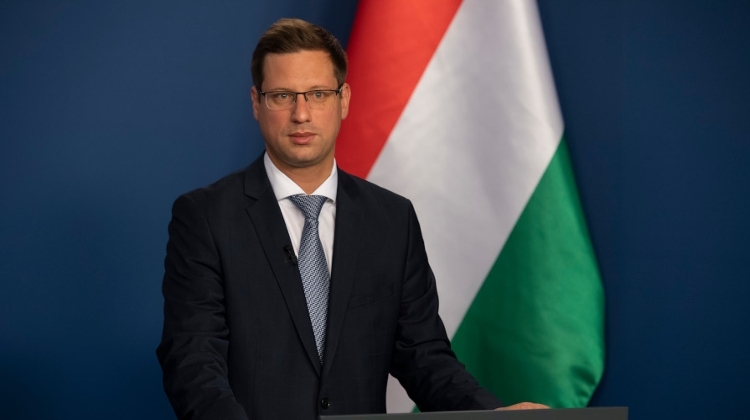 Hungary’s protective measures during the first phase of the novel coronavirus epidemic were “successful and effective”, the head of the Prime Minister’s Office said.

Hungary has been more successful in protecting against the epidemic than any western European country, he told a regular press briefing.

Gulyás noted that the state of emergency is scheduled to be lifted from June 16, and theatres, museums, cinemas and spas will be allowed to reopen.

The cabinet decided on Wednesday to maintain restrictions on public events, he said.

Drive-in concerts, however, are generally being allowed, he added.

Gulyás said that shopping times reserved for the elderly who are most vulnerable to the virus will be maintained and the ban on visits to elderly care homes, shelters and hospitals will also remain in place until the state of emergency ends.

The chief medical officer will make decisions on any future measures, he added.

The chief of staff said keeping the epidemic alert level high was justified.

The operative board will remain in place and hospitals will continue to take epidemic developments into consideration, he said. The chief medical officer retains the right to introduce measures required to prevent a second wave, he added.

Gulyás said once the government’s emergency powers are ceased, parliament will decide which special government decrees introduced in recent months should be kept.

He said the government had so far spent 590 billion forints (EUR 1.7m) on epidemic-related measures, which he said was “necessary and justified” spending, he added.

Hungary’s health-care system is on stand-by to handle any future mass infections, he said, adding that the epidemic has been successfully contained, so this contingency was unlikely to be acted on.

All equipment purchased so far will be available if a second wave arrives, he added. Gulyás said protective measures such as wearing masks and keeping social distancing of 1.5 metres should still be observed.