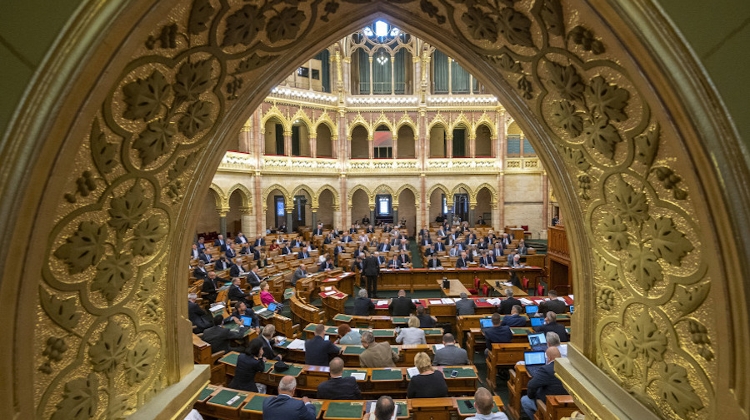 Parliament terminated the emergency powers handed to the government in March in response to the outbreak of the novel coronavirus epidemic.

The law submitted by Gergely Gulyás, the head of the Prime Minister’s Office, which required a two-thirds majority of lawmakers in attendance was approved with 192 votes in favour and no votes against.

The date the emergency is lifted will be decided by the government - See: Hungarian Emergency Powers To Expire Wednesday Midnight

Update: As of Thursday 18 June, all shops can open to everyone at any time of day (age restrictions removed), venues under 500 capacity can hold concerts - indoors and out.

Also all cinemas, theatres, spas and swimming pools may now open again nationwide. Masks or face coverings are still compulsory in shops and on public transport, and may be required in cinemas and theatres.

From 18 June, foreign people may enter Hungary without police clearance and without the need for self-quarantine from the following places:

EU and Iceland, Lichtenstein, Norway, Switzerland, and Serbia (but not UK citizens),.

Also close family members (spouse and children) of citizens of Hungary and the above places, and people with diplomatic passports.

In other cases, if someone is a third-country national (with or without a residency permit in Hungary), they must apply for Hungarian Police clearance to enter Hungary.

Related Video Below by Euronews:

As Hungary ends its controversial "state of emergency / danger," critics remain suspicious about the powers Viktor Orbán’s government has gained from the coronavirus crisis.

Government may still order a 'State of Health Emergency'

Parliament just passed a law sponsored by Gulyás on temporary health measures related to the epidemic and the state of epidemiological preparedness with 135 for, 54 against and 3 abstentions.

Under the law, the government may order a state of health emergency at the proposal of the chief medical officer.

Such an emergency can be called if people’s lives are endangered or if the fitness of health-care staff is compromised to an extent that demand for health care outstrips supply.

It also applies if hospitals are burdened to the extent that the quality of care is seriously compromised.

The law defines six months as the maximum period it can be applied, though the government can order an extension.

Ban Lifted On Boarding Front Door Of Buses In Budapest