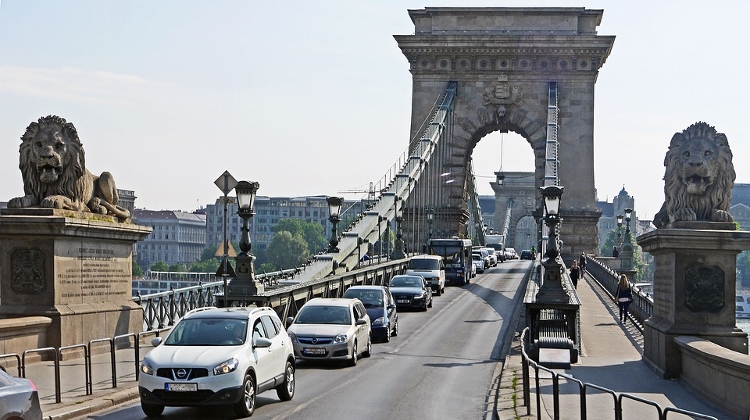 The state secretary of the Prime Minister’s Office for Budapest warns that, "Any delay would significantly increase the costs of the project and the time period of lockdown", and he welcomed Wednesday’s consultations with the city’s leadership on the renovation of the city’s landmark Chain Bridge.

Balázs Fürjes told MTI that they had learnt half a year ago from Budapest Mayor Gergely Karácsony and a status report prepared by a group of engineers that:

The bridge is in a critical condition and would need immediate renovation.

“Since then, however, we have not received any further information from the municipality about the project so were surprised by the mayor’s announcement in May on the city’s decision to postpone the renovation indefinitely,” Fürjes said.

The state secretary noted that the government office asked the city leadership in a letter three weeks ago to clarify the situation but has not received any response ever since.

Fürjes welcomed that the two sides finally met on Wednesday to discuss the issue.

The state secretary said the renovation of the Chain Bridge falls in the scope of the municipality but the government is ready to support the project.

He added, however that the renovation should start as soon as possible and that the government “cannot support any further minute’s delay”.

“The government will help the work of the mayor with 6 billion forints (EUR 17m) and experts, if he so needs,” Fürjes said.

In response Gergely Karácsony said that the city’s leadership considers Chain Bridge “a national treasure” and will renovate it at all cost.

“Renovating the bridge may crush Budapest financially because the central government is about to take from the city as much funding as it would be enough to renovate the bridge at least once every year,” the Mayor noted on Facebook.