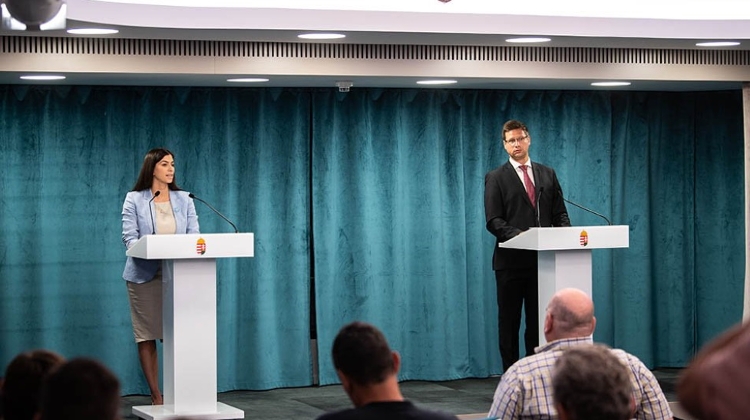 The current ban on large music and dance events with gatherings of more than 500 people will be extended after 15 August, Gergely Gulyás announced today, Thursday 30 July.

The government does not want to take any risks, the goal is to prevent a second wave, stressed the head of the Prime Minister's Office.

The Minister also announced that the government will provide HUF 5.3 billion in support to the music industry, which is in a difficult situation due to the Coronavirus epidemic.

As the same briefing Gulyás confirmed that on 1 September schools in Hungary could start operating again normally.

Gulyás said Hungary was among countries that had handled the first wave of the epidemic most successfully.

He cautioned that a surge is under way in many other countries such as Serbia, Romania, Kosovo, Albania and Montenegro, and a slight increase in cases has been reported in Sweden, the UK and Italy, indicating a global trend.

The number of active infections, however, is falling in neighbouring Croatia and Slovenia, he added.

Under the current circumstances, infection levels in Hungary can be kept stable, he added.

Gulyás called on citizens to respect social distancing rules and regulations on wearing a mask.

Coronavirus: Report On Economic Consequences Due To Loss Of Large Festivals In Hungary