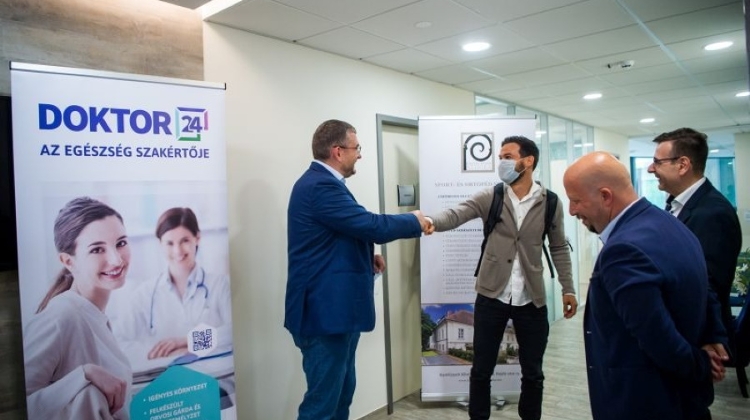 Doktor24 plans to use €10 million of fresh capital to become one of the largest private healthcare companies in Hungary, the service provider announced at a press conference.

Doktor24 received the funding in March from Ananda Impact Ventures – one of Europe’s largest investors in the field – and from Luxembourg-based venture capital fund V4C, a specialist in East European deals.

Doktor24 has the capacity to become the market leader, head of V4C Bill Watson said in a video message.

Doktor24 CEO Robert Lanz highlighted that Doktor24 is using the capital injection to build a 3,000m2 private hospital in the Budapest One office building complex.

Six Hungarians own the majority of shares in Doktor24, one of them the Gyurcsany-era economy minister Janos Koka.

Demand, doctors and capital are gravitating towards the largest private health care providers, Koka said, adding that ultimately only three or four companies will be in competition. (portfolio.hu; novekedes.hu)