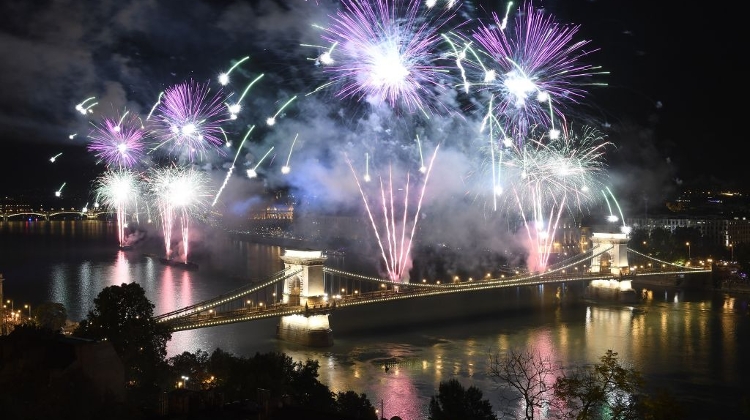 The official August 20 fireworks display and celebrations have been cancelled for this year, Prime Minister’s Office leader Gergely Gulyás announced on Thursday at his press conference.

Gulyás said the cancellation is necessary because mass events present the highest risk from an epidemiological perspective.

He added that the chief medical officer and the emergency task force decided that restrictive measures must be maintained, therefore the cancellation is mandatory.

There has been no decision about what to do with the money saved for the fireworks, “but we are happy if we can save some money,” the minister added.

Gulyás also confirmed that restrictions on gatherings of more than 500 people remain in effect until at least August 16.

The cabinet will reconsider this question on July 29. This means that the fate of several music festivals scheduled for the summer (B. My Lake, Strand, Fishing on Orfű, EFOTT, the Veszprém Street Music Festival, and others) will be decided at the end of July.

Several arguments support the continuation of restrictive measures beyond the end of July, Gulyás said.

He added that if the virus situation does not change by the end of August, the government may introduce a program to support the Hungarian music industry, affirming that the government is open to helping the sector.