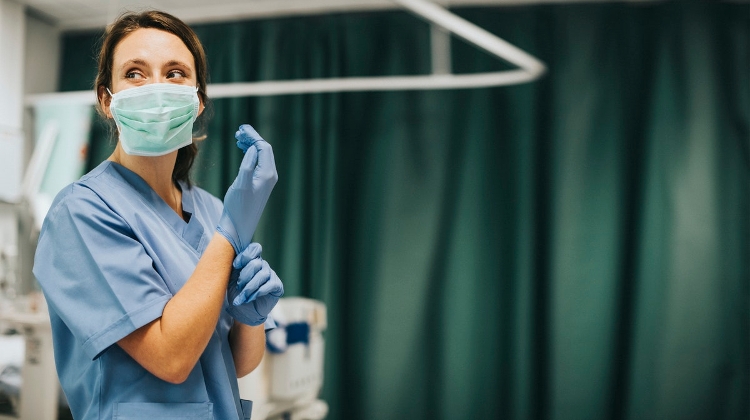 Since May last year, the number of healthcare workers has decreased by 6,500, from 122,400 to 115,900 writes left-leaning daily newspaper Népszava.

She could not say exactly what caused the current unprecedented decline, but she believes that in the case of a second wave of the coronavirus epidemic it could create very serious problems.

According to Népszava, there have been several processes in recent months that may have led to a shrinking staff. The supply system has been operating with reduced capacity since a reorganization. Hospitals have fewer beds in use, so fewer staff are needed.

Many healthcare workers have suffered a 20-30% drop in income from the epidemic, as additional means of earning a living have temporarily disappeared during the emergency.

A significant part of the loss during the first wave may have been caused by retirement. Many also complained about the circumstances, having little or no access to protective equipment for many months. International data also indicates that 15%-20% of them became infected during the epidemic.

According to Soós, the number of employees in the social sector also decreased by 13,000. This is also worrying because the financial situation of social care workers is worse than that of health care workers, "their earnings are at least one hundred thousand forints lower", and they also missed out on the central one-time fee of HUF 500,000 forints.