Hungarian State Awards Will Be Presented On 20 August 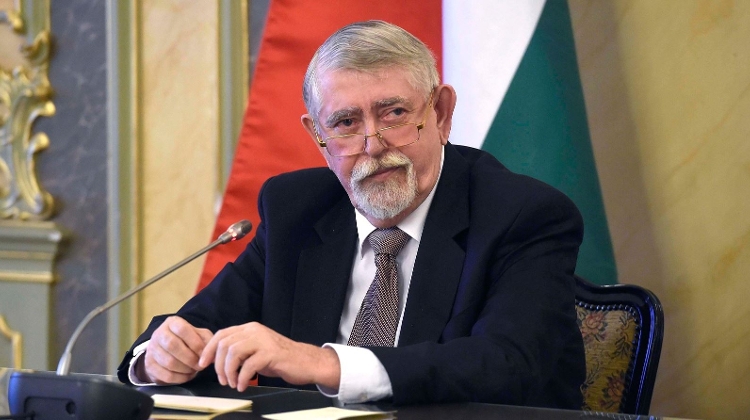 “Over the past 1100 years, Hungarians have experienced much more serious crises than the current one, but emerged victorious from every one of them”, Minister of Human Capacities Miklós Kásler emphasised at a ceremony in Budapest on Tuesday to present state awards to mark the 20 August national holiday, and awards postponed from the 15 March memorial day of the 1848 revolution.

“In Western countries, the signs of slackening may be observed, and crisis phenomena are appearing within the fields of the economy, demographics, morals and ideology alike”, Mr. Kásler highlighted.

“In such a crisis situation, the question arises: How can the Hungarian peoples continue to exist?”, he pointed out.

“Over the past 1100 years, the Hungarian peoples have experienced much more serious crises than the current one, but emerged victorious from every one of them, because they were in possession of traditions, a language, culture and an approach to life on which a present and a future can be constructed”, the Minister stated.

He added that during the current pandemic, the unity of the Hungarians, which feeds from culture, traditions, our approach to life and science, seems to be developing once again.

“This is the guarantor of the nation’s future, and the people receiving awards today have contributed to this within extremely diverse fields of life”, the Minister stated.

Mr. Kásler and the Ministry of Human Capacities’ Parliamentary State Secretary Bence Rétvári presented Knight’s and Officer’s Crosses of the Hungarian Order of Merit, Artist of Merit, Artist of Excellence and Laurel Wreath of Hungary awards, whih were originally scheduled to have been presented at the 15 March celebrations that were cancelled in view of the coronavirus epidemic, and Master of Folk Art and Young Master of Folk Art awards to mark the 20 August national holiday.