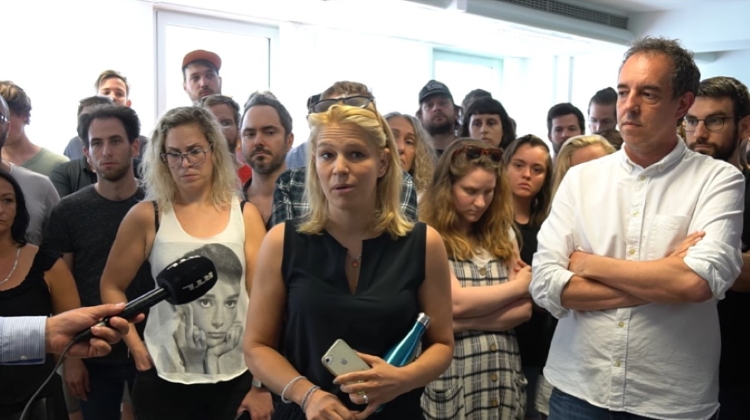 Disorder and uncertainty continued at Index.hu after newly appointed deputy editor-in-chief Imre Tevan resigned last Friday after a single day on the job.

Tevan was appointed to the post last Thursday by Index Zrt. chairman László Bodolai after more than 80 journalists and staff resigned from the website in response to the firing of editor-in-chief Szabolcs Dull.

Tevan, who earlier spent six years in the same position at Index until 2011, announced on Friday that he would not fill the post because the site's new leadership "is not the professional team that can create a new Index".

Tevan expressed doubt that the board of directors - Bodolai, who fired Dull, and newly-appointed CEO Pál Szombathy and board member András Sztankóczy - would be able to bring together "a minimal team which can take over production of the site from the departed colleagues...by that rapidly approaching moment when they all leave for good".

"[Szombathy] and [Sztankóczy] haven't even decided on the fundamental question of which of them will be the editor-in-chief, the person for whom I will be the deputy," Tevan wrote.

No new staff members have been hired at Index since the wave of resignations began two weeks ago.

Around two dozen journalists were allowed to leave the company directly after resigning, but most are being required to continue working until the expiration of the notice period, despite their requests for their resignations to take immediate effect. Most articles on the site are being published without author bylines.

The board of directors is reportedly struggling to recruit new journalists as potential recruits have refused offers to join the new team.

Szombathy and Sztankóczy have avoided Index's headquarters, and are holding private meetings with resigned journalists at the site's parent company next door where they have attempted (unsuccessfully) to persuade them to remain on staff.

Bodolai, the chairman of the board, is currently on vacation, and Index remains without an editor-in-chief.