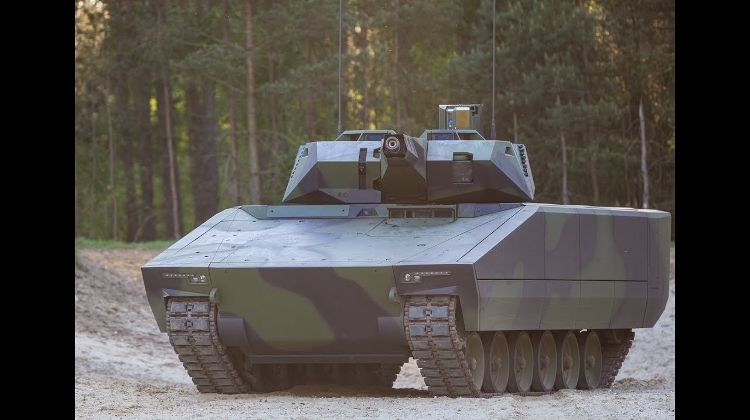 A 60 billion forint (EUR 167.8m) plant will be built in Zalaegerszeg, in western Hungary, to manufacture the Lynx infantry fighting vehicles in cooperation with Germany’s Rheinmetall.

A test track for the Lynx tanks and for offroad vehicles will also be established on an area of 20 hectares at the Zalazone test track, in cooperation with Rheinmetall, , Minister of Innovation and Technology László Palkovics said.

Including suppliers, the plant will employ 500 people.

Of those vehicles, 172 will be made in Hungary, under an agreement signed recently between Rheinmetall and the state of Hungary.

Production at the plant to start in 2023

“This is not the first time that a joint project being realised within the framework of traditional Hungarian-German cooperation is being expanded with an innovation element”, the Minister for Innovation and Technology said.

“However, the importance of the Zalaegerszeg joint venture lies in the fact that, via the highest value procurement of the Hungarian Defence and Military Forces Development Program, the Hungarian Defence Force (HDF) will be supplied with armoured vehicles manufactured at the new plant”, he explained.

According to Mr. Palkovics, based on the experiences gained during the first half of 2020, we are right to expect that German enterprises will be searching for Central European opportunities to an even greater extent than they have been already.

“German global brands could tighten their Hungarian relations in the interests of shortening procurement chains, and the appearance of Rheinmetal is the latest in a string of major brands and suppliers including to Audi, BMW and Mercedes”, he stated.

“In addition to restoring economic growth, it is the government’s firm intent for the sector’s new investment projects to continuously increase the level of research & development capacities, and for a continuously increasing ratio of new production capacities to involve new, state-of-the-art engineering solutions”, the Minister said.

He added that an internationally important industrial-innovation base is being established next to the ZalaZone test track, which itself has unmatched qualities, which will expand the services offered by the test track, reinforce Hungarian industry, and increase the supplier opportunities of Hungarian enterprises.

“Zalaegerszeg and the region could become an engine of Hungarian economic recovery”, he declared.

Minister of Defence Tibor Benkő spoke about the fact that the security situation and environment is changing extremely rapidly, markedly, and often unpredictably, and the government and the military must understand the duty and responsibility they are shouldering in the interests of preserving peace for the people of Hungary.

“In recent decades, the situations that have developed in our vicinity have borne with them an extremely high number of challenges, and accordingly we must be prepared, and Hungary's Defence and Military Forces Development Program serves this precise purpose”, he stated.