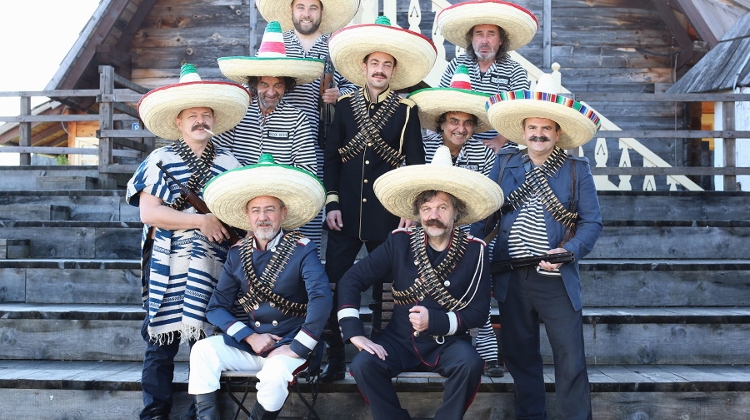 Update: Due to the current travel restrictions the concert was postponed. The Kusturicas’ joyous, unmistakable and unstoppable, tempestuous music will be heard on Margaret Island Open-Air Stage in July in the form of Balkan rumbas, searing rhythms and abandoned passion.

This garage rock / gypsy punk / world music formation, which came about in 1993, now has a huge fan based all over the world – surprisingly including a number of younger fans who were not even born in the 90s.

Kusturica was well beyond his first highly successful film (Do You Remember Dolly Bell?), which is also remarkable, since he first met the group during its filming. The 11-member Serbian band played wild and eclectic Balkan music with anti-globalisation messages and sweeping gypsy rhythms.

Their music became an indivisible part of the film. Its buoyant freedom, bordering on absurdity, is unimaginable without the musical contribution.

This now legendary ensemble weds the Serbian kolo rhythm with a mad form of Balkan rumba. Their version of rock is forever linked to gypsy music and wider artistic concerns of the 20th century. Meanwhile, they have toured the entire world, becoming increasingly famous and recognized. Their tireless and irresistible music sweeps everyone away.