'Budapest Is Free' Photo Exhibition Now On In Metro Carriages 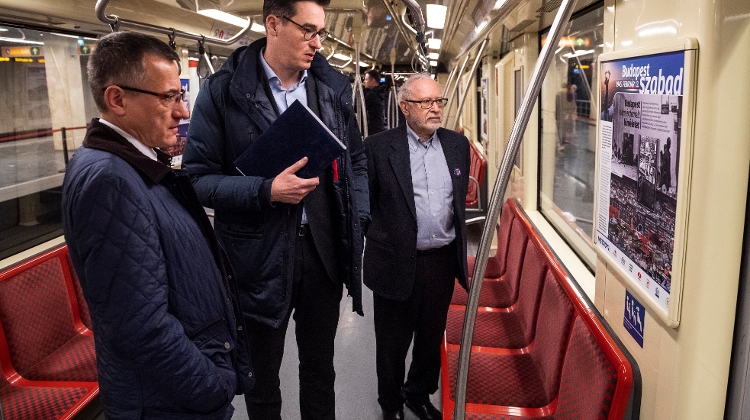 A photo exhibition will be on display on metro lines M2, M3 and M4 in Budapest until April 11. The exhibition, titled “Budapest Is Free – February 13, 1945”, features posters depicting the siege of Budapest by the Soviet Red Army that ended 75 years ago this month.

Mayor Gergely Karácsony said in his opening speech that the pictures had been selected “to remind everyone of the painful past in a way that they can still bear.”

Speeches were also made by BKV managing director Tibor Bolla, deputy mayor Erzsébet Gy. Németh, and Péter Kirschner, president of the Hungarian Jewish Cultural Society, one of the editors of the exhibition.