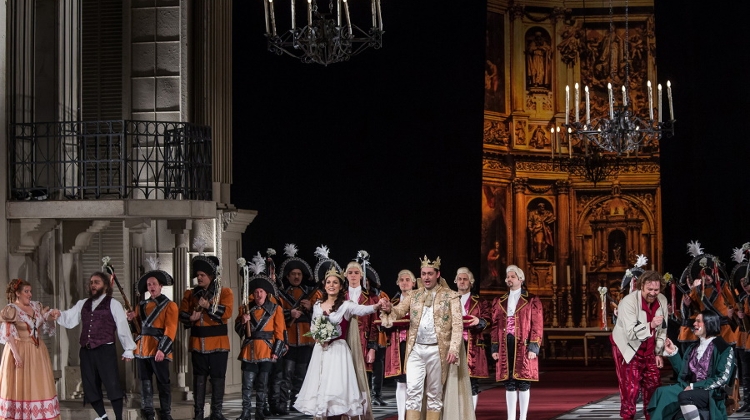 The Opera House’s production now arrives on the main stage of Margaret Island with star vocalists. One of the most famous “intrigue operas” of all time, The Barber of Seville will be presented in András Békés’ now classic direction, as revived by Balázs Kovlaik.

Rossini’s catchy melodies have made the scheming barber Figaro, originally the hero of a comedy by Beaumarchais, an immortal figure.

Brimming with figures and twists typical of commedia dell’arte, originally written for the Roman Carnival of 1816, The Barber of Seville has long been considered the very best of the comic opera genre, and it has enjoyed continuous success to this day.

Its German-language premiere in Budapest was in 1820, the first Hungarian version being shown in 1837. Later, under the interpretation of director András Békés, critics uniformly hailed the production as frenetic, celebrating “the subtle human observations in the performance, which revs up to absurdity.”

Originally unveiled in 1986 at the Erkel Theatre, the production was revived by Balázs Kovalik in 2009. This large-scale musical work will now be shown with star vocalists such as the outstanding young Italian mezzo-soprano Annalisa Stroppa in the role of Rosina.