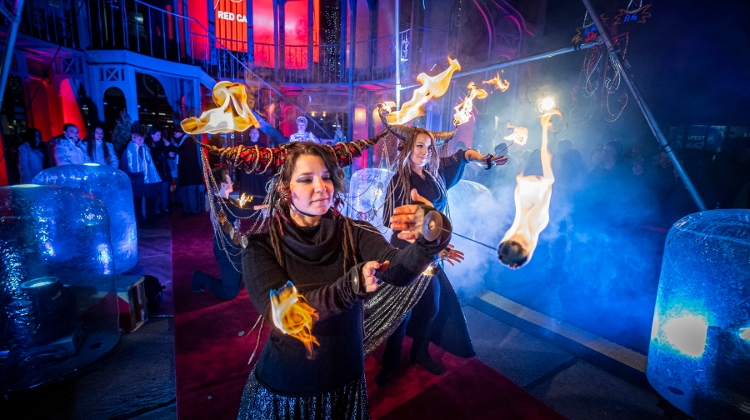 The first Budapest Circus Festival was held 23 years ago in 1996 and it soon proved to be equal with the great festivals of the circus world: in addition to Monte Carlo, Latina and Moscow also Budapest has become an important meeting place for the circus art.

The performance Saint Witch – produced by the Capital Circus of Budapest – is a symbolic tale of fairy witches, forest demons, people in love and the passage of time; a lifelong love story of an ethereal woman and a mortal instrument maker who born with magic powers.

How do they play each other's heart strings? Is it possible to find the path to each other among the seductive upper world, the deeper underworld and the life-giving middle world? Can they beat the Time? Can they overcome the Death?

The Saint Witch – written and directed by Dániel-Levente Pál and Ákos Kalmár –is a creative attempt to find a new symbolic language on stage. The Saint Witch mixes circus genres with the traditional choreography of Hungarian folk dance and physical theater, and invites its viewers into a fantasy world that will be new in dramaturgy, stage language and music.