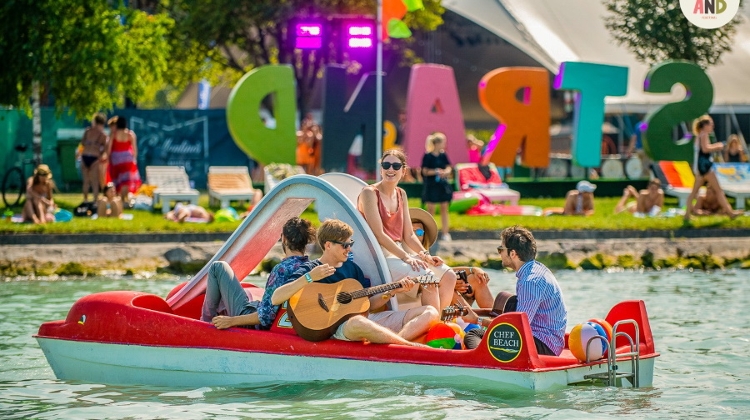 Update on 30 July: Due to Hungary extending the ban on music and dance events of more than 500 people, the following annual events will not take place in 2020.

Here's a multimedia guide to the hottest summer festivals this year, featuring mega happenings all around Hungary, including Strand Fest in Zamárdi, Kolorádó Festival in the outskirts of Budapest, SZIN Festival in Szeged, the 'Street Music Festival' in Veszprém, and EFOTT Festival by Lake Velence.

This increasingly popular summer music festival on the southern shore of Lake Balaton celebrates its seventh birthday in 2020, when it's held between 18 - 22 August.

In one of the most popular villages on the northern shore of Lake Balaton, this winery will again host the "Paloznaki Jazzpiknik" in 2020 - a 3-day, 4-stage, 20-concert event outside in a country house yard, held as part of the "Nagyon Balaton" event series.

For the fifth time, the mellow hip world of 'Kolorádó feszt' comes to life on the outskirts of Budapest this August, providing four days of live music and open-air entertainment.

SZIN, which stands for Szegedi Ifjúsági Napok, or Szeged Youth Days, has been providing late summer entertainment for party people in this university city for 51 years this year with 200+ programs.

This annual music festival is held close to Pécs, in the south of Hungary. Organised by László Rátgéber and András Lovasi, singer of Kispál és a Borz and Kiscsillag, it has become one of the most popular 'small festivals' in the Hungarian countryside.

Also known as the 'Mecca of electronic music', the interestingly titled B.My.Lake takes place each year in Hungary to round off the summer festival season with a bang!

EFOTT is a mega summer party for students (of life), held by a lake not very far from Budapest. As well as offering great gigs, the organizers say they put much emphasis on sporting and cultural activities, and also on fine festival food and drinks!

Once again for a few days Veszprém will become a 'real festival town' featuring entertainment in various styles, with live music played in the town centre from morning to late night.