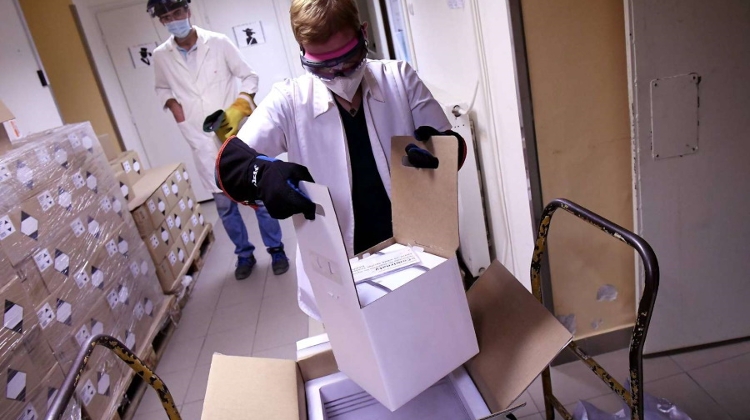 “Brussels is not delivering vaccine fast enough nor is it delivering enough vaccine to Hungary,” the Government Information Centre said in a statement sent to MTI on Sunday, responding to press conferences by left-wing parties.

“If we only count on the Brussels procurement, then the restrictions and the curfew cannot be lifted,” the centre said.

“That’s why the government is working to get various vaccines from many sources, making them available to Hungarians as soon as possible,” it added.

Opposition LMP is calling on Prime Minister Viktor Orbán to “let the medicines authority do their work”, the party’s co-leader said at an online press conference on Sunday.

“LMP does not believe that kind of goading is appropriate; no form of political influence can be tolerated with regard to the approval of vaccines,” he said.

He reaffirmed that LMP backs inoculation against the coronavirus, but with the “appropriate vaccines and public confidence”.

Opposition Párbeszéd believes using a Chinese Covid-19 vaccine for mass inoculation in Hungary is “a gamble” without subjecting it to a “thorough approval process”, the party’s European Union expert, Benedek Jávor, said at an online press conference on Sunday.

Jávor acknowledged that Hungary has the opportunity to issue emergency approval for the Chinese vaccine, but said that shouldn’t happen until all uncertainty is cleared up.

The vaccine against the coronavirus is not a matter of party politics, Human Resources Minister Miklós Kásler said on Sunday.

Immunity resulting from mass inoculation is the only way to stop the pandemic, Kásler said on Facebook.

“Irresponsibly inciting a hostile atmosphere around various vaccines will undermine a process that could result in the lifting of lockdowns and restrictions,” he said.

“Statements made by some public figures and politicians are not only shocking but also dangerous,” he added.

Kásler said that in his capacity as a medical doctor and a minister, he condemned “fear-mongering for business or political interests, relativising facts, and conjecture that causes uncertainty”.

He said that over a hundred thousand Hungarians had been inoculated, but the European Union’s joint procurement of vaccines from Pfizer and Moderna had proven to be too slow.

As a result, the government has started talks on acquiring other vaccines, but they will only become available once the authorities issue approval, ensuring their effectiveness and safety, he added.