Recipe For A Covid Vaccination In Hungary: A Dash Of Luck & A Splash Of Cunning 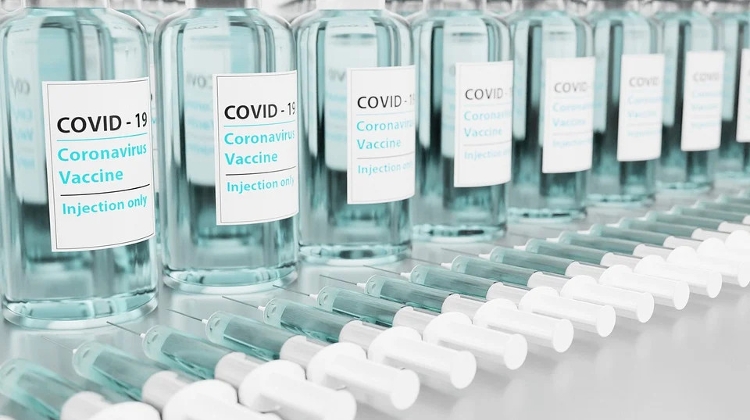 “We did have to wait a while but by the beginning of January, information as to the Hungarian government’s vaccination programme finally came to light,” writes Szász Zsófi on the !!444!!! news site.

“The press releases themselves raise many questions. It seemed the only certainty was that healthcare workers were to be prioritised. Their vaccination began at the end of last year, but based on reports from !!444!!! readers and the Hungarian Chamber of Doctors, it would seem that the system is facing serious problems.”

“Crucially, in terms of vulnerability, there is no order of priority amongst healthcare workers. It is nigh on impossible to get an appointment for some vaccination centres whilst in others one can simply walk in and get the jab, whether you’re a healthcare worker or not.”

Szász goes on to describe several readers’ anecdotes; a clinical psychologist who himself was surprised to be at the front of the queue instead of those in his hospital working in Covid wards; walk-in recipients who were not even asked to provide ID, TAJ cards or addresses; people shopping around vaccination centres to see which one they can get into with the least registration admin.

Then there are the, shall we say, ‘sly’ ones (although Szász kindly describes them as ‘dextrous’). The yacht club owner who was among the first to be vaccinated in January by describing his frontline work with the lifeguard service as a ‘boatmaster’, for example.

Or the perfectly healthy lady in her thirties who received the vaccine from a family member in the hospital after-hours. And perhaps, more concerning, the chap who just called the local hospital pretending he worked there and then just popped in for his injection.

The first Pfizer/ BioNTech vaccine approved in Hungary should be stored at minus 70 degrees and used within five days after thawing.

Szász reports that some physicians may be making a conscious decision to be ‘flexible’. “As many people may not show up at the scheduled time, the unused molten vaccines may accumulate and, instead of being wasted, they will be used on a walk-in.”

!!444!!! contacted the National Center for Public Health (NNK) and Cecília Müller, the national Chief Medical Officer, but were yet to receive an answer by the time of publishing.

Application itself is beset by problems it seems. “Outside of Budapest, the online appointment request is flawed and some of the phone numbers provided are either incorrect or unanswered.”

Budapestis have also reported problems to !!444!!. "Reaching the vaccination center in Korányi center at the beginning of the year, they asked for an email application, and no reply has been received since then.” The DPC vaccination site seems to have been more successful.

“Millions of Hungarians are waiting to queue for a vaccination, but it is not clear from government communications how they will be informed it’s their day. Moreover, it is still not possible to know if registration is actually necessary.”

Here, we run into some seriously mixed messages. The Deputy CMO answered a letter by a !444!!! reader directly with this:

"Anyone who does not register themselves will be excluded because they have not indicated their need for vaccination, so public health will not be aware of their need for such a vaccination. Vaccination can be given to those who request it."

Then, on Sunday, the same inquiring mind also received an answer to his question from another agency. He received a letter from the Legal Department of the Surgeon General which states the exact opposite:

An excerpt from the communication reads: “Registering on the site ensures that as many people as possible are informed of the most important information about the vaccine as soon as possible.

You will be able to request a vaccination without registering online. Information on each vaccination group will be published in the press (through the “Operatív Törzs” press conferences) as well as in official information forums.

So if the information appears in these forums that the group you belong to can start vaccination, you will be able to request it. The order of vaccination is not the date of application, but the priority of those involved in the defense of the virus and the vulnerable.

“As stated in the Operatív Törzs’ press conference, as of January 7, 2021, the vaccination of care workers and persons receiving care became a possibility.”

This article by !!444!!! published in Hungarian on 12 January is brought to you in English by Dez O’Connell and Chicken Boobs, Dez’s translation and proofreading service: Facebook.com/Chickenboobs